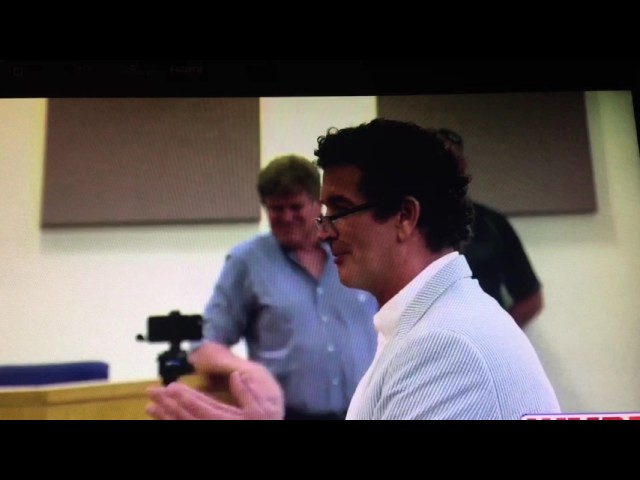 After a mass shooting over the past weekend in which seven people were shot,  city residents addressed Mayor John Rhodes, City Council, and City Manager John Pedersen. The entire almost two hour town hall meeting was streamed on Facebook Live by WMBFnews.

A Myrtle Beach tourist named, Bubba Hinson caught the below footage on Facebook Live over the weekend.   The video of a shootout in downtown Myrtle Beach went viral and has now been seen by over 2.5 million people.

Residents have long noted a lack of attention by elected city leaders to the downtown area.  Policing has been an issue for years,  with the Myrtle Beach Police Chief retiring under duress this past May 25th.

Councilman Mike Lowder did state he was likely to take Mr. Dean up on his offer.  The measure would need to be put before the S.C. General Assembly,  however.  Sources tell MyrtleBeachSC.com that the matter could be amended and passed quickly by the state.

Several residents asked for the resignation of Mayor Rhodes and others spoke of a lack of confidence in City Manager John Pedersen.  Many stated they would vote for change in November.  The Mayor and 3 city councilmen face re-election this Fall.

A group of downtown merchants met the night before today’s city council town hall and drafted the “NO CONFIDENCE” letter just below.  The letter was sent to City Council and expressed concerns in the City Manager’s ability to run the city of Myrtle Beach.

A copy of that letter is found here: 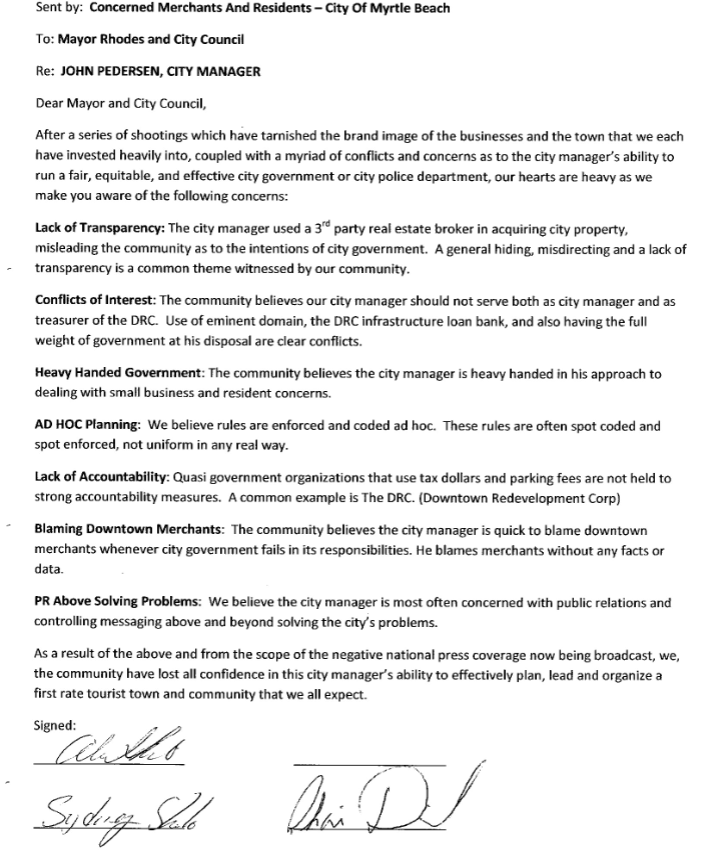