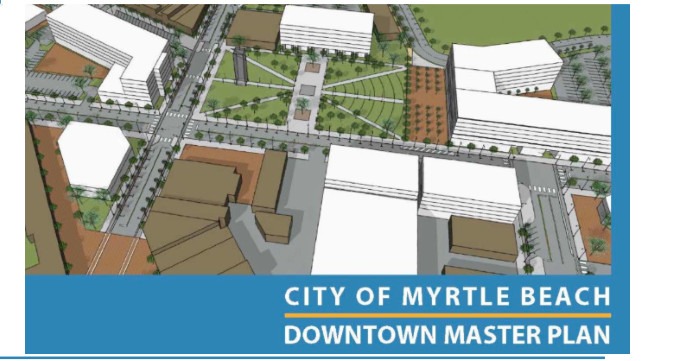 Summer 2020 City of Myrtle Beach tourism was down 42% per numbers provided by Coastal Carolina’s Brittain Resort Center For Tourism.

Numbers like these ultimately affect the tax revenues collected by the City of Myrtle Beach.

Currently, the City of Myrtle Beach carries a $200,000 million debt load. This debt is above and beyond what it costs the city to staff for police, construction services, fire, finance, and city management.

City of Myrtle Beach debt is the highest of any city in Horry County. The city must pay $8 million in interest alone annually to service the debt.

This Fall 2020, the City of Myrtle Beach finds itself in a financial squeeze. One option, offered by City Manager John Pedersen, is an early retirement buy out of approximately 50 long standing city employees.

Many city employees are choosing not to take the buy out option, however.

Concerned sources inside City Government told us just this past week:

“Sandy Martin, a 30 year senior worker in Public Works, didn’t take the first package, but was being forced out the second round. (December 3rd)

To save money, they divvied up Sandy Martin’s responsibilities and put them on three other administrative personnel in Public Works.

Sandy has been in that office for more than 30 years and pretty munch ran it, and everyone knew that.

Along came Janet Currie and her wonderful personality, and things immediately went sideways. My understanding is these three administrators were extremely upset with the burden of the large amount of extra work.

Well, Sandy got tired of the extra work of training the three different people and said no more. Janet then said leave. Martin, whose reputation and work effort are above reproach, was escorted from the property in front of all of her long standing co-workers.

The same is true of a 20 plus year employee working for the City’s Clerk of Court. Sources say this solid leader was also asked to leave with no notice.

Here’s  something else that should be brought up, why is there a Deputy director position at Public Works? There never has been one. It was only when Parks & Rec was put under PW, along with Billy Oliver retiring, did they create that position. It was created to take the load off of Billy, while giving Janet the experience for when Billy retired.

Well a few years later, they took P&R away from PW but still kept that position for Janet? Also, with all these cuts and forced retirements, why does the City still have Ron Andrews, Steve Moore and Bruce Boulineau on contract? That’s over 250k per year.”

City employees say talks of short work weeks, mandatory retirements, and the uncertainty surrounding those talks have city staff morale at an all time low.

Meanwhile the city continues to rack up debt for redevelopment projects.

AS CURRENTLY PROPOSED, PLANS FOR THE ARTS DISTRICT WILL INCLUDE:

Ongoing lawsuits with city merchants, Horry County (over a promised school), and the instability of operating at the city’s debt ceiling, has created uncertainty.

Many of those staff are now losing trust in a city manager that, by all accounts, will retire in November.

Related Topics:featured
Up Next

What A Lindsey Graham Win Means For The Supreme Court