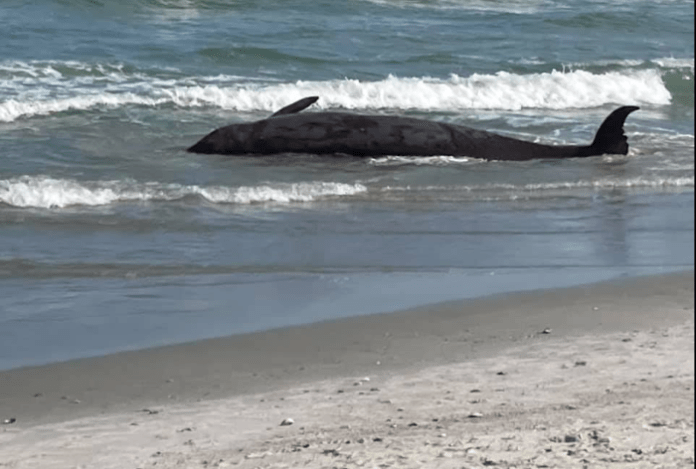 A beaked whale washed ashore on Myrtle Beach Monday afternoon. The whale died shortly after being beached and scientists are working to determine what caused its death.

The beaked whale, which can sometimes be called a giant bottlenose whale, was spotted between 49th Avenue North and 57th Avenue North between 5 p.m. and 6 p.m., according to Fisheries Biologist with the South Carolina Dept. of Natural Resources, David Player.

Another whale was also reportedly stranded in the water and helped back into deeper water but Player said it didn’t look too good.

Player said a necropsy to determine the whale’s death will be carried out by the Department of Natural Resources ( DNR ).