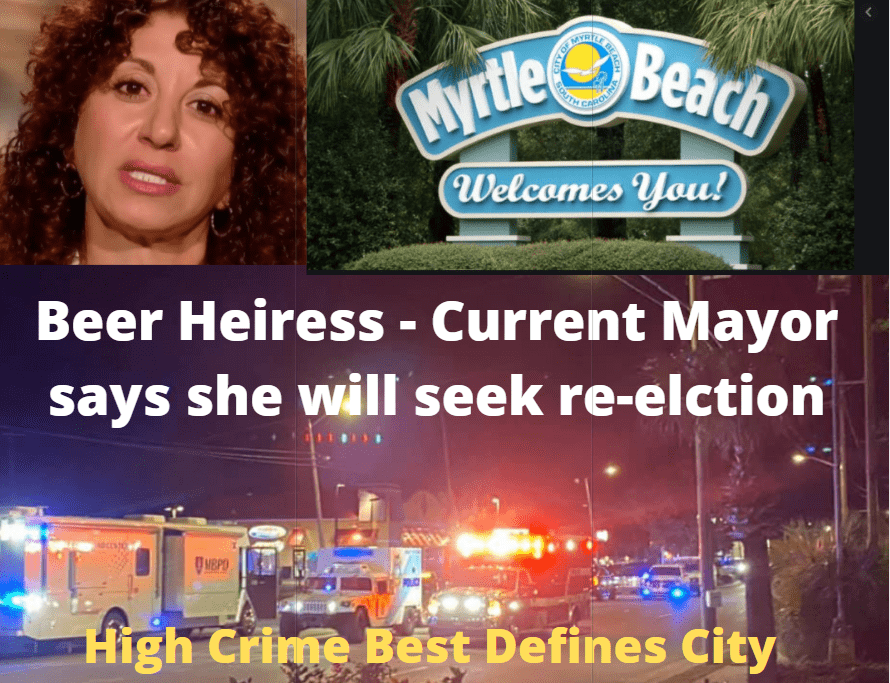 The distributorship is valued at over $100 million. Indications are that Bethune may choose to put as much as $1 million in her re-election bid. This appears to be the bar required for funding her campaign during this coming cycle.

Her announcement came after Donald Trump photographer, Gene Ho, publicly announced his bid to run for that same office this week.

She famously sued Horry County over a hospitality agreement that went as far as the S.C. Supreme Court. Mayor Bethune wanted $6 million for her lawyers in that suit. The judge, appointed to the case, refused her request and sided with Horry County. Mayor Bethune and the city are appealing this decision.

Bethune’s run of city government continues to be as chaotic as her own personal life. She came into the office promising to make the streets of Myrtle Beach safer and reform city insider corruption.

Under her leadership, the city is best known for its high crime downtown.

The city is now also among the most sued in the state. Horry County government is currently involved in 2 lawsuits with the city. Another lawsuit is looming.

Meanwhile, October was the deadliest October for shootings in the city’s history.

Myrtle Beach city residents in Market Common and Grand Dunes may well decide to give Bethune another chance.

If they do, however, it says more about those voters than it does about Bethune. Mayor Bethune is definitely the most liberal city official ever elected to local office.

Donation Request Sent Out This Week By Bethune

Good morning -Believe it or not it’s time for my re-election campaign to begin.  I am working on names of people willing to be listed on my steering committee, which allows me to list your name to show that I have your support.  There are no meetings or work involved for you. I am also establishing my fundraising committee.  This will be a group of 20 people who are willing to contribute $1,000 as well as  ask 15-20 of their friends to do the same.  I would be honored to have your and …….’s support on both fronts.  Please let me know if I can count on you to help me continue my job to elevate Myrtle Beach!I cannot thank you enough for your consideration! Brenda.