Can Robotics Improve The Lives Of People With Disabilities? 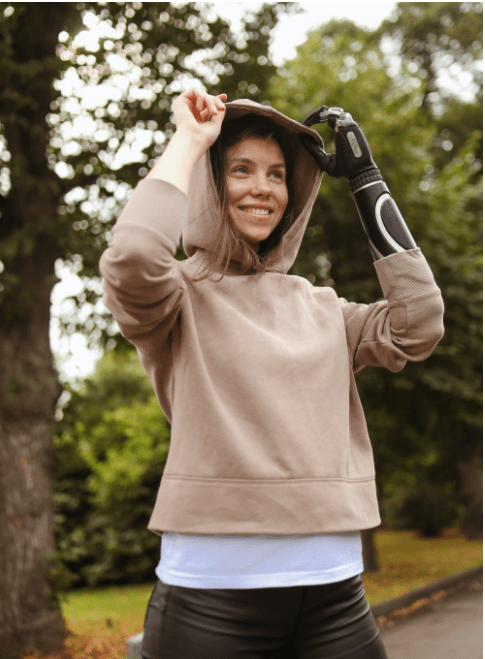 There have been huge advances in robotics in recent years. Some of these robotic advancements could potentially transform the lives of people with disabilities in the future. Below are just a few instances where robotics are changing the lives of disabled people.

There are then wheelchairs such as this one engineered by IEEE Senior Member Ming Lui, which can literally transform to go up stairs. Lui’s wheelchair digitally maps the environment around it in order to tackle various terrains. Such technology is yet to be mass-marketed, but could potentially be a gamechanger.

What if those with a disability didn’t even need a chair? What if robotics could enable those with disabilities to walk, climb stairs and lift items?

An exoskeleton for disabled persons could do just this. Exoskeletons are wearable technology that can connect to the arms or legs. Using sensors and weight distribution they’re able to facilitate movement for the user. They’re thought to eventually have a huge impact on those with spinal injuries. In fact, there are already some models in usage.

We’re also starting to see more common use of robotics in prosthetics. Such technology could eventually allow amputees and those born without limbs to possess full-functioning moving limbs.

Modern robotic prosthetics are already able to connect to nerves, allowing them to be controlled by the mind similarly to a regular limb. Using one of these prosthetics, someone with a missing arm can learn to grip and carry basic objects again.

There are even prosthetic limbs in usage that may allow users to regain a sense of touch. While sensory feedback tends to be limited, it can give patients a much more accurate sense of grip. Some robotic prosthetics have been developing this sensory feedback in order to perform much more precise tasks – for instance, this robotic hand engineered by researchers at the University of Utah could allow users to pick up items as delicate as a grape.

When will such technology be widely available?

Right now, a lot of this cutting edge technology is very expensive. However, with time, such technology may be able to be fine-tuned and mass-produced, at which point it should become more affordable and more easily obtainable.

It is still worth exploring the different forms of technology that are out there if you have a disability to what is in your budget. There are many advanced wheelchairs and prosthetic limbs that are also relatively affordable thanks to development of new construction methods. Always read reviews when available to work out what works and what doesn’t.