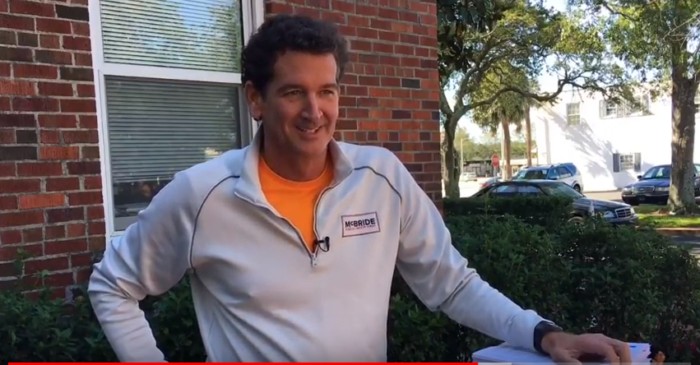 Candidate for Mayor Mark McBride held a press conference at city hall today in regards to what he, and local residents, continue to call inconsistent and selective enforcement of Myrtle Beach city government policies.

Mr. McBride was notified on October 2nd that his technology jobs summit scheduled for 6 p.m. that same night at the Mary C. Canty Recreation Center (formerly Canal St Rec Center) had been cancelled for a lack of “Event Insurance.”

Only after candidate McBride moved his event,  did City Manager John Pedersen rescind the required “Event Insurance” stipulation.  The event was successfully relocated and held at the Hampton Inn Broadway at the Beach.

Readers can hear the candidate’s statements in the eight minute video above.

MyrtleBeachSC.com asked the former mayor, if, from his previous experience as mayor, the FOIA files were stored electronically and could have been sorted and sent to him without requiring the 6 hours of manual labor that the city employed.  “Yes,” said McBride.

The city charged Mr. McBride $231.14 for the FOIA documents.

Reading from a document produced by the city of Myrtle Beach, Mr. McBride recited city policy, “If the rental is for city use, with no fees associated with the function, no admission [fees] or sales during the event, insurance is not required.” 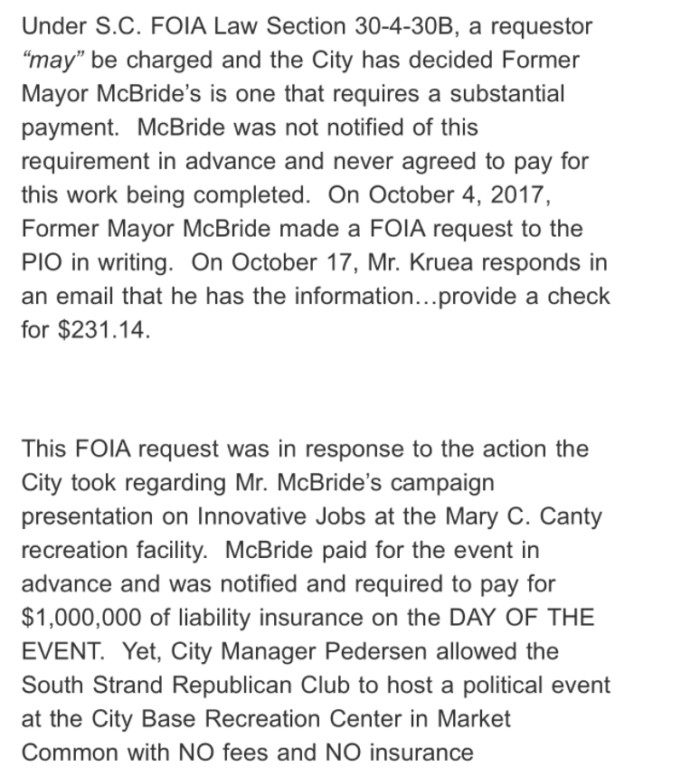