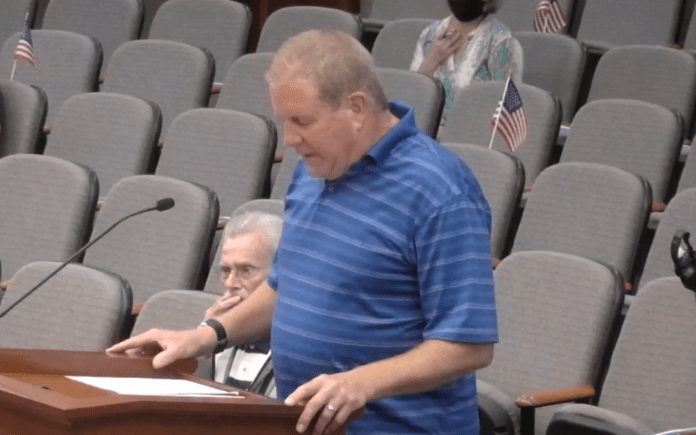 After hearing from scores of Carolina Forest residents about their concerns over flooding, Horry County Council voted to not approve a second rezoning request for a proposed development off Gardner Lacy Road.

First reading of the measure had previously passed.

The proposed project is off Gardner Lacy Road in the Carolina Forest community. After hearing concerns from residents and stormwater experts, councilmembers voted 10-2 against approving the rezoning request.

G3 Engineering was the developer building the units.  G3 Engineering is owned by Felix Pitts, who enjoys what many activists call a “special” relationship with County Councilman Dennis DiSabato.

While DiSabato voted against the measure, he showed disappointment from the dias as resident by resident spoke up with their concerns.

“Our homes will be affected by this new development and no one will guarantee us, the residents, that our homes won’t flood because of this rezoning,” a Carolina Forest resident told the dias.

Johnny Vaught and Horry County Realtor R. Mark Causey were the sole council members who voted in favor of approving the rezoning request being approved.

There is a one-year waiting period before the project can be brought before councilmembers again.

After the vote, vice chairman Dennis DiSabato made a motion to adjourn the meeting. We will be covering why DiSabato made that motion later today in detail.

What Parents Need To Know About Protecting Their Children Online

The Actual Cost of Owning a Home: What You Need To Know