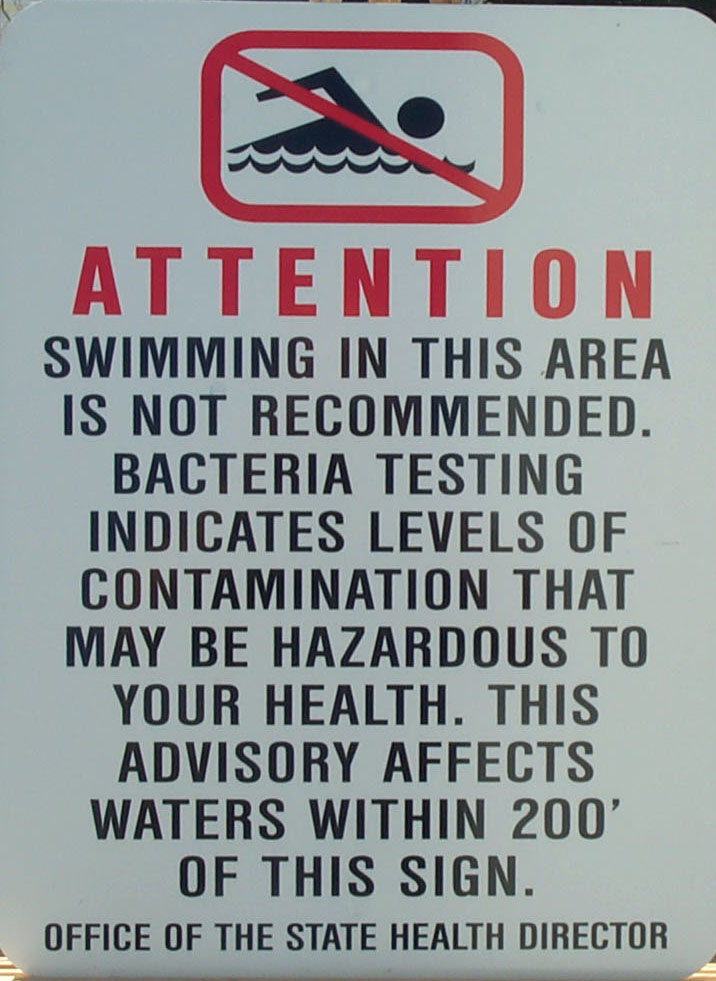 “Is is fair to ask that Myrtle Beach should never have even one unsafe reading from our ocean waters?  Our children and grandchildren play in these waters.  We should put these Myrtle Beach water issues ahead of any marketing concerns.”

“A $300,000,000 tax increase for marketing!  DHEC Beach Advisories and Rankin’s top concern is millions of dollars in dishonest marketing?  The Mayor says he can’t trust the voters on this one?  Well if Rankin and Rhodes can’t trust me,  how can I  ever trust either of them?”  asked Debbie Smith 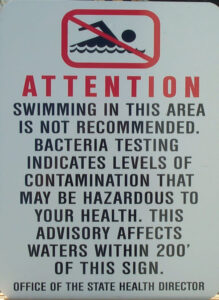 The report confirmed that Myrtle Beach does indeed have areas with Department of Health SWIM ADVISORY SIGNS. The report went on to explain the history of those signs, the role of DHEC, the meaning of a long term advisory, the testing for bacteria and how to find the weekly information on the DHEC map.  The report directly contradicted statements made by Myrtle Beach Area Chamber of Commerce C.E.O. Brad Dean on that same TV station this past March.

Dishonest Statements made by Dean in March.  Taxpayer dollars spent on lies

In a previous CBS TV 13 report Chamber C.E.O. Dean claimed existing news reports about poor water quality were full of “erroneous misinformation.”  Dean made those statements based on one sample battery of  water quality test results.  He then went out and spent hundreds of thousands of tax payer dollars to reinforce those misleading statements.   As the May and June test reports continue to come in,  it is now clear that Dean is the one who has provided 15 million tourists with erroneous misinformation.

The WBTW report explained  the purpose for the signs that advise the public of areas where active Long Term Swimming Advisories are posted. Bacteria levels within 200 feet of the signs have shown to fluctuate. Any reading over 104 advises the public to limit their activity.

The backdrop of last night’s news is a new $300,000,000 tourist tax, sponsored by Senator Luke Rankin.  The measure was vetoed by Governor Nikki Haley.  She vetoed the measure because she felt voters should decide whether or not to extend the tax.   The tourism lobby then used its full resources statewide to ensure that Governor Haley’s veto was unanimously overridden.    The tax will now become law by a simple 2/3rds majority vote of Myrtle Beach City Council this June 14th.   MyrtleBeachSC.com will be there to record each city councilman’s vote. 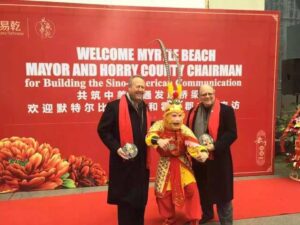 After the CBS article aired last night,  Senator Rankin fired off the following text to our team:  “While I may prefer a [voter] referendum be held, the veto didn’t affect whether the TDF (Tourist Tax) would continue to be collected,  as it would – but ONLY whether principal residents would see their prop tax go up by 80% if the veto weren’t overridden.”

Myrtle Beach locals we spoke with said Rankin’s statements were as misleading as Dean’s.  Counting the 18,000 rental properties in the city of Myrtle Beach and the residents in Carolina Forest,  over 87% of the home owners in Myrtle Beach District 33 will never see one penny of property tax savings by this new $300 million tax legislation.  However,  every Myrtle Beach district 33 resident who shops in Myrtle Beach will pay these taxes. 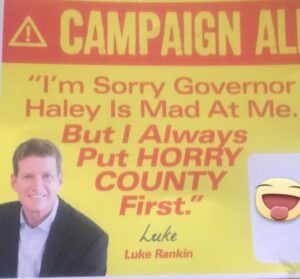 The Tourist Tax was set to expire in 2019.  Most of the greater district 33 voters we spoke with could not understand why Senator Rankin would not let the tax expire.  Records indicate the tax has never produced any new growth in tourism. 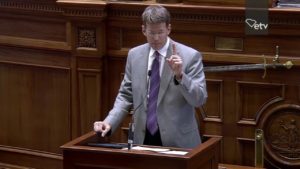 Rankin just appointed County Council Chairman Mark Lazarus as his new senate campaign chairman this past Friday.  Lazarus owns Wild Water N Wheels  water park. Lazarus is also a former Myrtle Beach Area Chamber Of Commerce Board Chair.  Under Lazarus’ County leadership,  Horry County government is currently under two state law investigations involving county police.  Many locals tell us this tax is the root of all political corruption in Horry County.  Lazarus, himself,  owned companies that sent out suspicious cashiers checks in 2009 to politicians when the bill first became law.  Lazarus has always claimed he has no idea where the money came from.  It was Chamber CEO Dean who handed those checks out.

“A $300,000,000 tax increase for marketing!  DHEC Beach Advisories and Rankin’s top concern is millions of dollars in dishonest marketing?  The mayor says he can’t trust the voters on this one?  Well if Rankin and Rhodes can’t trust me,  how can I  ever trust either of them?”  asked Debbie Smith

“Is is fair to ask that Myrtle Beach should never have even one unsafe reading from our ocean waters?  Our children and grandchildren play in these waters.  We should put these Myrtle Beach water issues ahead of any marketing concerns,” said Max Roberts,  an area local.

“Why spend our tax dollars to promote a damaged product?” asked Veril Anderson.  “Fix the water issues and then worry about promotions.”

Child ILL After Swimming In NMB