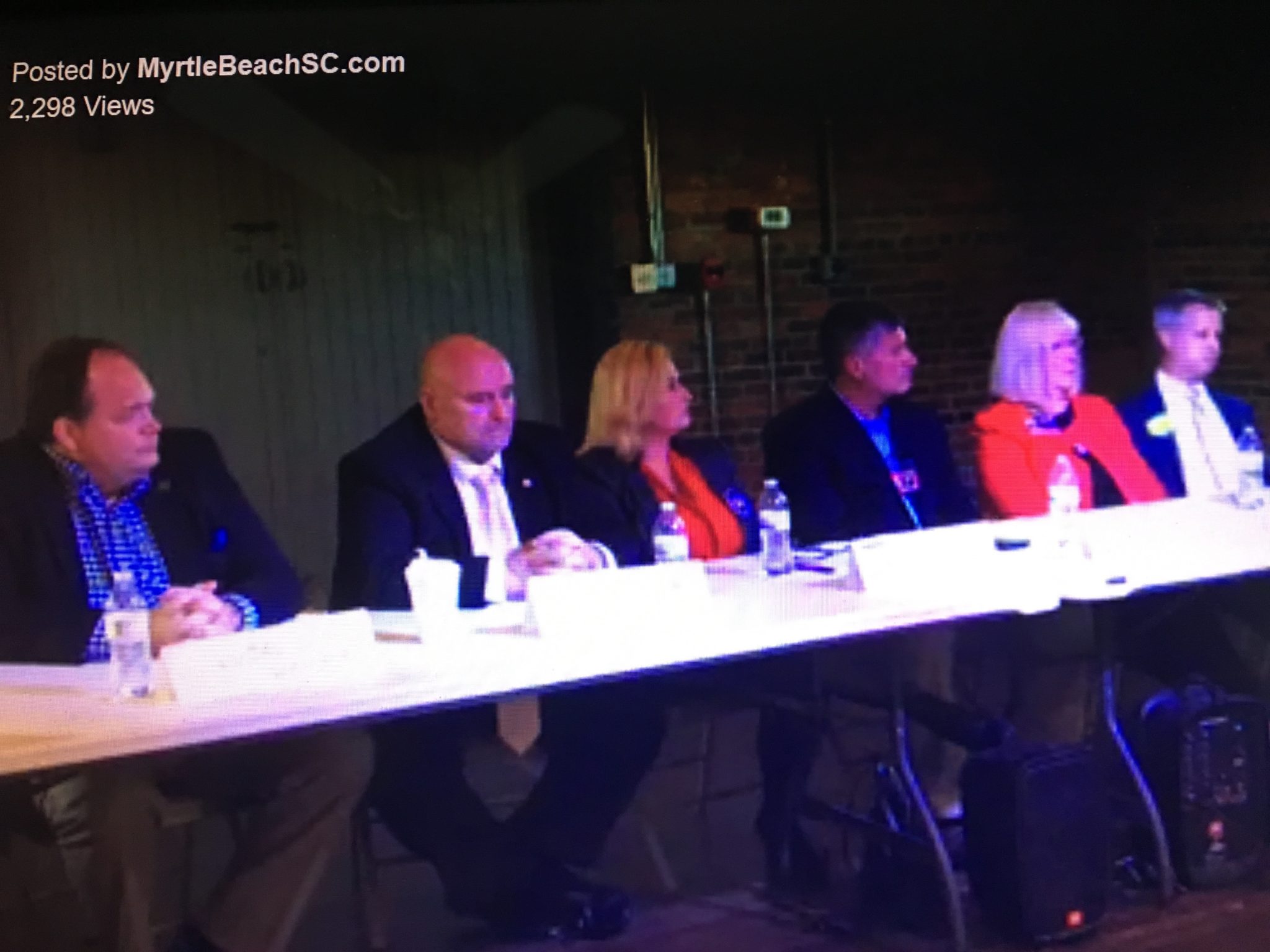 The Myrtle Beach Area Chamber of Commerce sponsored the NAACP Myrtle Beach City Council Debates which were held at the Train Depot last night to a full house of city residents in attendance.

All nine city council candidates debated, with Matthew Hardee showing up late as a result of a work conflict.

Among the largest applause lines of the night came when challengers Mike Hobieka and Ann Dunham each spoke.  Dunham stated, “Changing things,  what I would like to do is defund the DRC.”  Later, she added, “And I say that we might need a new city manager.”  Those two statements received among the loudest applause responses of the night.

Hobieka won the night with ongoing comments that the audience responded to as well. Said Hobieka, “I believe if you sit in this job too long, just like baby diapers, politicians and baby diapers need to be changed and for the same reasons.”

While all challengers had their moments, another candidate who consistently resonated well with those in attendance was Keith VanWinkle. When asked about the new library city council has planned for downtown Myrtle Beach, VanWinkle said,  “They say they are having problems funding our police. They want to build a new library.  They want to build a children’s museum.  We have a library.  We have a children’s museum. The county has spent millions and millions of dollars building new state of the art libraries.  Has anybody been to them lately? They’re empty. New libraries are dinosaurs. People don’t go to libraries anymore folks.  Everything is on a phone.”

The mood in the room was clearly anti-incumbent.  Incumbement Councilman Wallace stated (speaking on the location of the new library), “If I don’t come back, or if this plan ends up not happening, it’s in their hands now, it’s not going anywhere.”

Incumbents Wallace and Lowder equally spent a large portion of the night either explaining or defending current city government’s actions.

As the Myrtle Beach Area Chamber sponsored the event, no questions were asked concerning the tourist tax extension nor whether those tax monies should be re-allocated into the city’s brand.

With over $24 million in tourist tax monies at risk, locals do expect the Myrtle Beach Area Chamber to do all within its power to help “get out the vote” to ensure the incumbents get re-elected this November 7th.