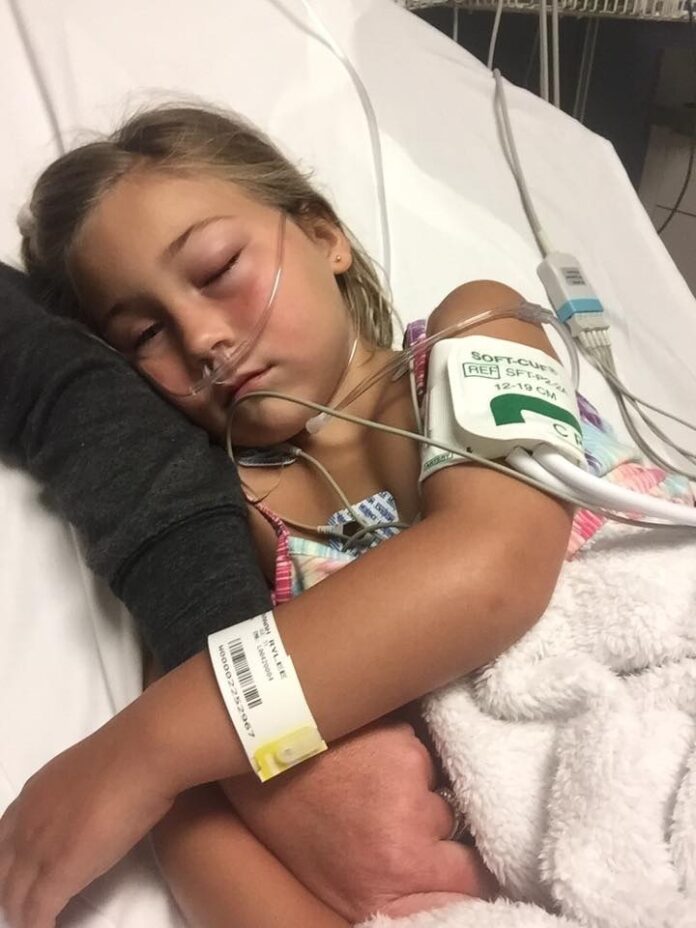 Despite ongoing illnesses associated with bacteria spikes in the Myrtle Beach ocean,  the Myrtle Beach Area Chamber prefers a $2.4 billion road above and beyond first building a storm water “run off”  filtration and treatment system for the greater Myrtle Beach area.    Environmentalist have estimated the Storm Water treatment facility would cost less than $300 million.  Myrtle Beach small merchants are now nervous  about area county and city elected officials’ lack of concern to this ongoing oceanfront bacteria issue.  Many have stated in multiple  TV reports that the issue is costing them business.

The Myrtle Beach Sun News report of July 8th spelled out S.C. Highway commissioner Mike Wooten’s declarations that a $2.4 Billion I-73 route preferred by the Myrtle Beach Area Chamber of Commerce would be built.  The new interstate would be a toll road into the city of Myrtle Beach.

The route in question runs from existing Highway 22 Northeast of Conway, S.C. connecting to I-95.  Wooten states the $2.4 billion project will be paid for by local monies? If speculations are correct about connections to the current Chinese Myrtle Beach golf course investors financing the front end of that project,  then technically,  Wooten is correct.   While these Chinese are not U.S. Citizens,  they do now have a foothold of owning local Myrtle Beach area businesses.    We reached out to those investors asking them to confirm or deny these local suspicions.  The group never responded.

This all comes as Governor Haley and the General Assembly worked in the past session to address ethical issues associated with the S.C. Highway commission.  Newly implemented laws will soon curb the powers of Mike Wooten and the S.C. Highway Commission.   Mike Wooten’s actions with Chamber of Commerce President Brad Dean,  who is also President of the I-73 Corridor Commission, have been considered questionable by groups like:  the Coastal Conservation League, The Sierra Club, State Senator Tom Davis, among others.

A few key business members that largely run the Myrtle Beach Area Chamber and now control much of the S.C. General Assembly,  believe I-73 is necessary to draw in over $500 million in Chinese money to revitalize downtown Myrtle Beach.  Sadly,  this effort has already affected most small business owners in downtown Myrtle Beach.  Those owners have struggled to fight current ever changing city laws that constrict their abilities to operate.

Tom Stickler is perhaps the most informed local resident in regards to I-73.   Tom’s comments on the matter were left in response to the Sun News article as follows: 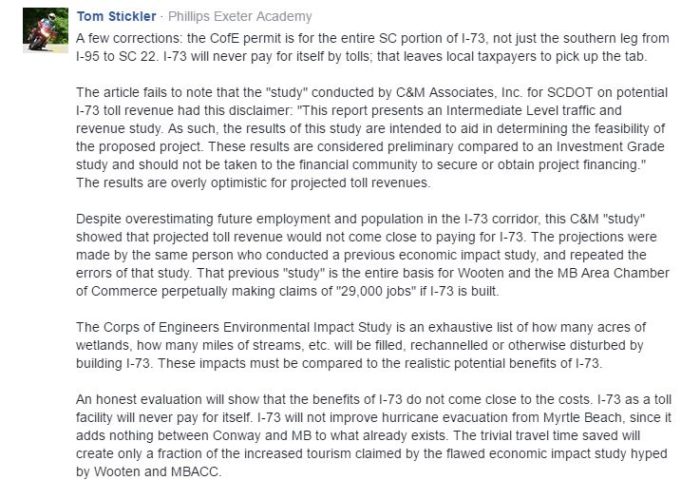 In a poll taken by MyrtleBeachSC.com  last January 86% of our readers preferred simply expanding Highway 9,  which currently connects to I-95.   Expanding Highway 9 into a new I-73 route is projected to only cost $800 million.  Highway 9 improvements would destroy no wetlands making minimal negative impact on the environment.

Nancy Cave, North Coast Director of the Coastal Conservation League,  believes less invasive options are available that are cheaper and can be readily built,  “The Coastal Conservation League continues to oppose a new alignment of I-73,” Cave said.  She went on to say, “There are alternatives available.  Upgrading  Highway 38/Highway 501. Widening SC 9 to extend to I-95.  Either of those meet the purpose and need.”

Why, despite growing associated illnesses from bacteria spikes in the Myrtle Beach ocean,  the Myrtle Beach Area Chamber prefers a $2.4 billion road above storm water infrastructure has most environmentalists and many local merchants scratching their heads.