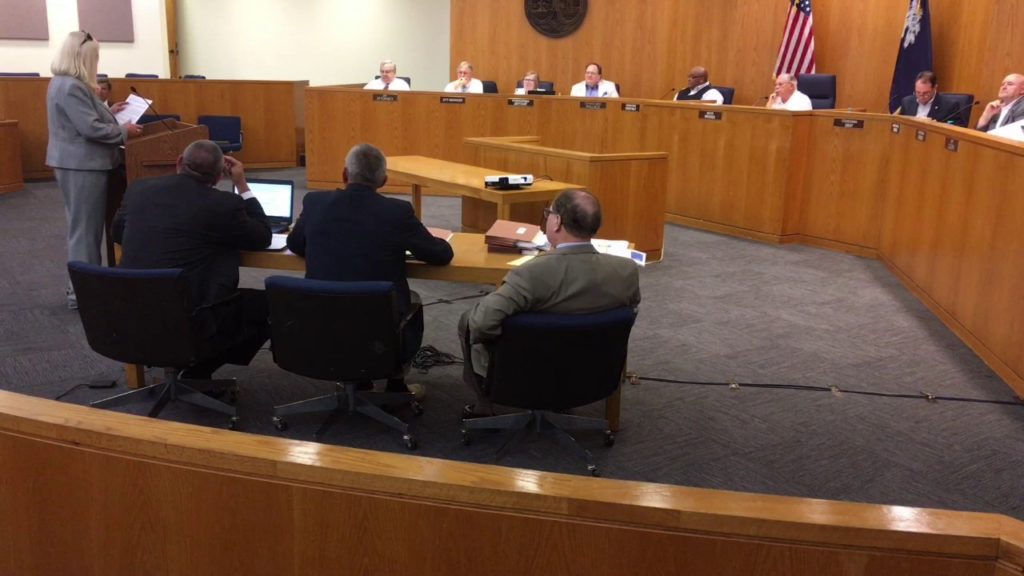 With today’s city council consent agenda,  Mayor John Rhodes and Myrtle Beach City Council abdicated nearly $30 million in spending responsibility.  The spending authority for those millions were transferred to the Myrtle Beach Area Chamber with the passing of the 2017 Myrtle Beach city budget.

The consent agenda items passed unanimously.   The Myrtle Beach Area Chamber will be allowed to use approximately $27 plus million in  advertising funds with little to no oversight.  No public audit will be done by any independent group on how these monies are spent or whether the spending is effective or not.

The measure did not pass without some public opposition.  Local residents showed up at City Hall in protest. City resident and local businesswoman Ann Dunham spoke publicly to the Mayor and City Council in opposition of the measure.  Dunham pointed out numbers that she had previously provided city council which proved the city of Myrtle Beach was not growing at rates like Charleston and other S.C. cities.

“From 2009 to 2016 comparing Myrtle Beach to Charleston, A-Tax [accommodation taxes] collections for both areas increased over those years by about $3 million each, which is a 39% increase for us (Myrtle Beach) and an 82.2% increase for Charleston.  Statewide, A-Tax collections increased 51% compared to our (Myrtle Beach’s)  39%.  If the tourism tax was working our numbers should have blown the others out of the water,” said Mrs. Dunham.

Mrs. Dunham feels the tourist tax lacks accountability oversight on the Myrtle Beach Area Chamber.  She says the tax is regressive, does not grow tourism and should end.  The tax, which is set to expire in 2019,  can be renewed for ten more years by a 5 to 2 city council vote.  This would extend the tourist tax  to the year 2029.  Many downtown residents and merchants would prefer an infrastructure “brand” tax over the current, unpopular tourist tax.  An infrastructure tax, like the one proposed by North Myrtle Beach Mayor Marilyn Hatley,  would directly and immediately improve the downtown areas of Myrtle Beach. City leaders agree that the downtown areas around Flagg and Chester Streets are run down and do need re-development. 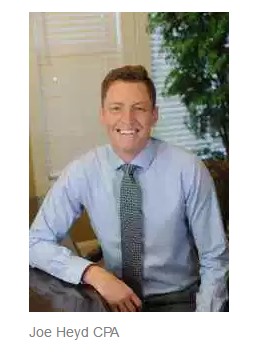 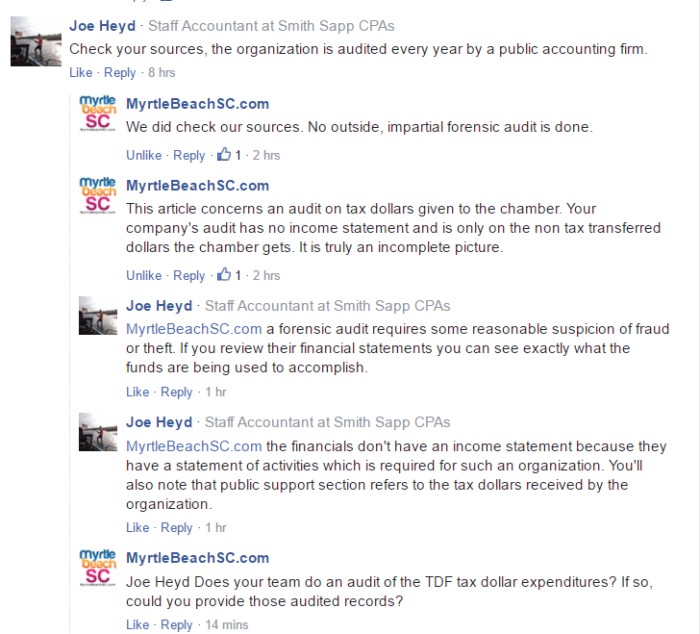 When asked Mr. Heyd said the records were private

We called Mr. Heyd’s office after the city council transfer of funds authority vote and asked if he would speak with us on camera.  Mr. Heyd said he could not.  He stated he would need the Chamber of Commerce’s approval to do so.  He said the financial records of the Myrtle Beach Area Chamber were private and we would need their permission to see them.

He said,  in reference to his statements on our site,  I was speaking of audits in general and not specifically of the Chamber’s in particular.

The Myrtle Beach Area Chamber of Commerce has more than four board member associated Public Action Committees.  A public Action Committee is a popular term for a political committee that is organized for the purpose of raising and spending money to re-elect or elect politicians the group wants to keep in office.

The below four local politicians will be on the ballot this November 2017.