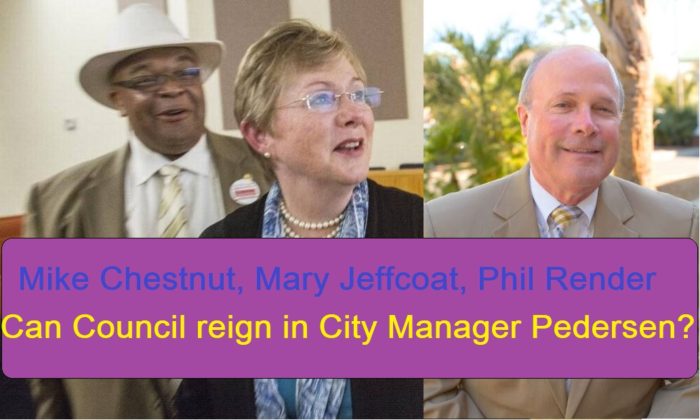 Myrtle Beach City Manager John Pedersen finished the year by continuing to spar with local residents online. In a bizarre thread that MyrtleBeachSC news first covered on December 30th, the city manager has since belittled, mocked and participated in what can only be called an un-professional dialogue on social.

The melt down did not stop there, however, with the City Manager stating he was willing to compare criminal records with a local pizza business owner who operates inside the city limits.

As this is an election year, with Councilwoman Mary Jeffcoat, Councilmen Render and Mike Chestnut up for re-election, questions remain as to whether the trio can keep Pedersen reigned in.