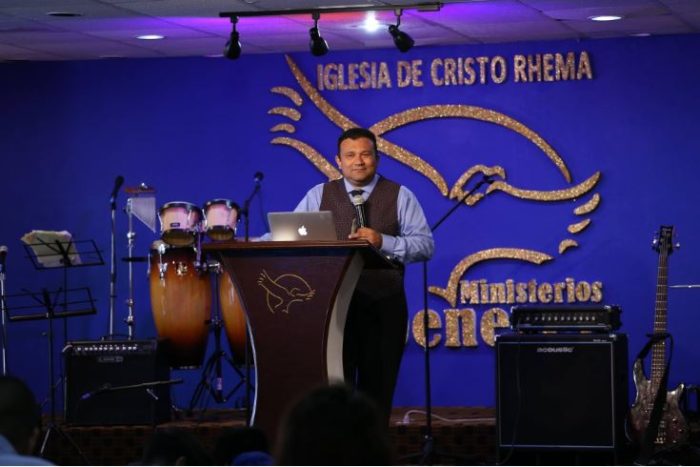 Hurricane Florence was not well known for its wind damage. However, a building located on Highway 15 encountered one rogue gust of wind that ripped off the entire roof. Then came the rains.  The only thing the local congregation of Iglesia De Cristo Rhema could save was their piano.   The property where the Hispanic community of about eighty gathered weekly for church was filled with three feet of water.  Church leaders immediately began looking for a new space.

Pastor Carlos Guardado and his family began their search by driving the streets of Myrtle Beach looking for a new location.  An empty strip mall, with a “for lease” sign in the window, just north of the post office on 6th Avenue South appeared to be an answer to many prayers and a perfect fit as well.  The building owner, Tuvia Wilkes, is well known in Jewish faith circles.  The Guardado’s and Wilkes made a connection and Wilkes agreed to offer a lease to the church.  It seemed that the storm was over for this small church community with only some minor administrative steps before they could move in.

However, when the pastor’s daughter, Katherine, approached the city of Myrtle Beach about physically moving into the location problems emerged. The city stated that the church would need to have their location approved by Kenneth May who heads the department of Myrtle Beach City Services.

Katherine stated that when she first contacted the city, the concern was that the church did not have enough parking spaces. She was told the church of eighty members would need 113 spaces as per city code here.

In an attempt to confirm how many spaces came with the property, the Guardado’s reached back out to the property owner.  Fortunately, Wilkes owned the lot just behind the building and was willing to provide additional parking bringing the total spaces to 120.  While the additional parking was unpaved, such met the city’s code requirement allowing them to move forward operating with some unpaved spaces. Properties that include the city services building and the Blossum Inn operate with unpaved parking inside the city limits of Myrtle Beach. 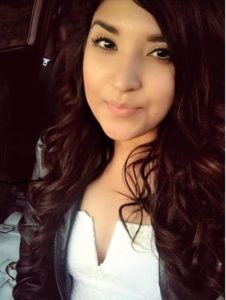 Once the parking issue appeared resolved, however, the city raised other concerns. Katherine says those concerns were vague and somewhat unclear.  May wanted a report of the layout of the space and where and why they would be meeting in certain parts of the building.  Over the next week, Katherine says, “I often had to go to the city services building up to four times a day during this process.”

Katherine states the following issues were also presented by the city’s Kenneth May. “There are drug dealers, homeless people, and prostitutes in this location,” said May.  May seemed to be implying that these were reasons which disqualified locating a church there.

Katherine told our team, she and her church believed just the opposite.   In fact, inherent in a Christian worldview is the perspective that the presence of the church, a community of followers of Christ, is one that brings transformation.  The Christian community would argue that the presence of the drug dealers, homeless people, and prostitutes along 6th South, which May referenced, is actually a basis for why the city should welcome a faith community there.

As the process became confused, Katherine said the thing which saddened her the most was not only the rudeness of Mr. May but something May said that sounded odd.  Katherine told our news team Mr. May stated, “I have shut down over 10 churches just like that in this area and I will shut you down as well if you continue.” 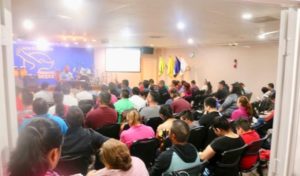 Iglesia De Christa Rhema has been described as a transformational part of the community on Highway 15.  “Transformational” is not a word we find used by many persons we cover describing themselves, so we chose to research that term.

Whereas, Wesbster defines change as the act or instance of making or becoming different, the Christian Church defines transformation as the induced or spontaneous change of one element (a person, city, state, nation, world)  into another by a supernatural process.

The Christian church believes transformation is a type of change that is impossible for humans to bring about by themselves.  Transformation happens in a supernatural way, according to the tenants of Christians. The Spirit of God actually physically moves into a person, city, or state leading all things; changing all things;  and making all things Holy. 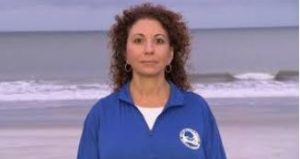 When running for office last Fall, current Mayor Brenda Bethune argued that the City of Myrtle Beach needed change. She noted our high crime and homelessness as two of the reasons we needed such change.  She campaigned as an agent of just such change.

Merchants and residents also agree that our current high crime, prostitution, and homelessness are contributing factors to a local, failing business community downtown.   Iglesia De Christo Rhema believes they can be a conduit for bringing transformational change to the South end of Myrtle Beach simply by placing their church on 6th Avenue South.

Wilkes says he is currently working with the Guardado family in an attempt to help them locate Iglesia De Christo Rhema inside the city limits of Myrtle Beach.

The Politics Of Dirty Flood Waters