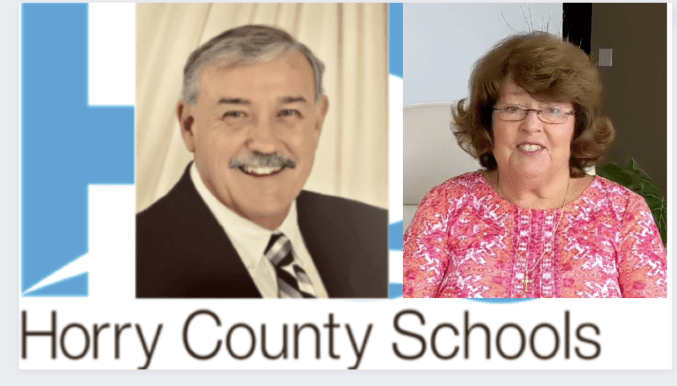 Two Horry County School Board members are heading to a June 28th runoff for the chairman’s seat. David Cox and Helen Smith will need the voters to turn out once again.

Resident focused candidate David Cox will be challenged by Helen Smith in a runoff on June 28th.

The Horry County Board of Education is made up of 12 members, 11 of which are elected from the single-member district and the chairman which is elected at large. The runoff will be a county-wide election.

Horry County Schools serves over 45,000 students (as of the 2018–19 school year) in 56 schools (as well as offering additional education programs).

HCS is the largest employer in Horry County with 5,540 employees.

David Cox is highly regarded among his peers. Cox told MyrtleBeachSC News he hoped everyone would make sure to vote again on June 28th.

This is one of the most critical elections of all during this cycle as the future of Horry County is dependent on the curriculum and the approach to developing our next generation of leaders.