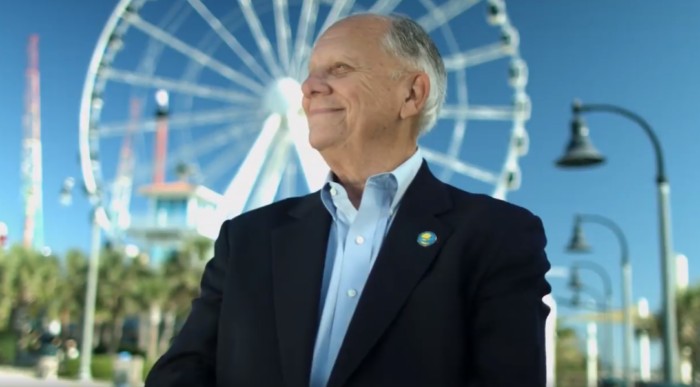 If more than 5,000 people show up at the polls on November 7th,  Mayor Rhodes, Randal Wallace, and Mike Lowder will witness an abrupt end to their longstanding political grip on all things Myrtle Beach.

At a mayoral debate on Oct. 26th Myrtle Beach Mayor John Rhodes threatened his challenger, Ed Carey, with what those in attendance believed to be a physical threat.  This just after the mayor belittled a Myrtle Beach tourist who captured a viral video.

The attitude and the actions of Mayor Rhodes on that one night would likely sink any other candidate in any other American town.  However,  Mayor Rhodes holds the one key vote in his pocket he may need –  MBACC C.E.O. Brad Dean’s.

Mayor Rhodes started the night by saying, “That gentleman that took the film was a fireman that was here on a fireman’s convention. He was a sworn officer that was supposed to respond to people in trouble and injured. He was so busy taking the film he never did what his job called for him to do, and that was to respond to injured people on the boulevard.”

In a video that quickly went viral, the tourist (Bubba Hinson) responded to the mayor

The mayor closed his night by threatening his challenger, Ed Carey stating the following, “That playground was built for children buddy and I will tell you right now, you step on that, you steppin on me and you better get ready for repercussions.” 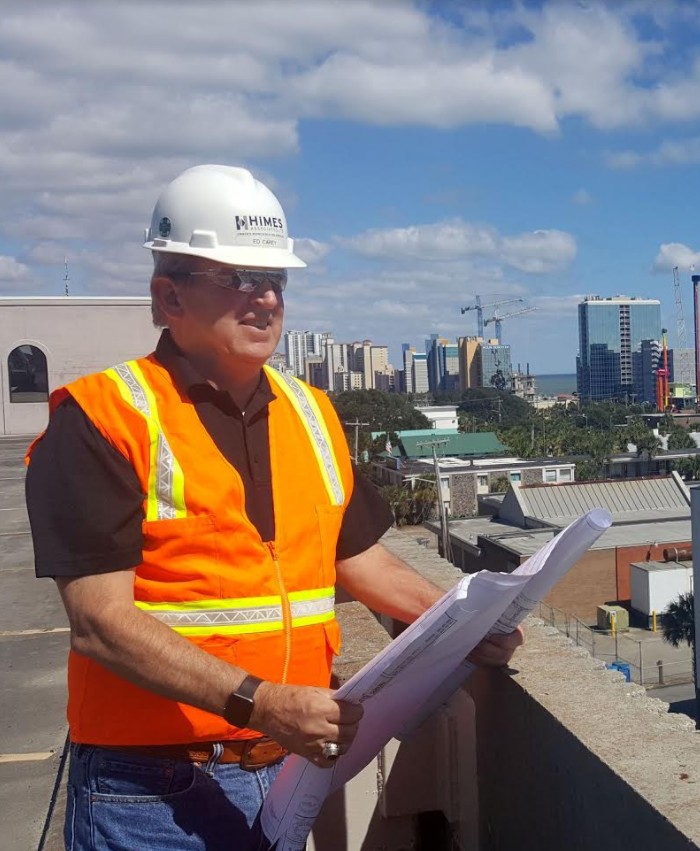 CAREY EMBARRASSED, NOT SURPRISED BY MAYOR’S ATTACKS ON FACEBOOK FIREMAN; CALLS FOR RHODES TO RESIGN

(Sunday, October 29, 2017) — Vying to become the next Mayor of Myrtle Beach in the election on November 7th, local businessman and candidate Ed Carey expressed profound embarrassment at both the content and tone of yet another round of verbal attacks by incumbent Mayor John Rhodes on Bubba Hinson, the man behind the Facebook video that went viral on Father’s Day earlier this year.

Suggesting at a Mayoral debate on Wednesday that Hinson was “so busy taking the film that he never did what his job called for him to do …” Rhodes further exacerbated the issue by telling The Sun News on Sunday that he was “…glad they had no one in Las Vegas or New York City during 9/11 that was more interested in taking film than in rescuing lives.”

“Contrary to the Mayor’s shockingly insensitive remarks,” Carey argued, “Bubba Hinson deserves our heartfelt thanks and appreciation, not criticism by our highest ranking public official.  Between these statements, others expressing no confidence in voters and his shady Chinese dealings, it’s time for John to call it a career.  He is the face and voice of Myrtle Beach.  He has already driven away thousands of valuable tourists and he’s had 12 years of fame and apparently fortune, but his recent comments and behavior have made the citizens of Myrtle Beach aware of a crisis in public safety … and leadership.”

Carey believes that Hinson’s decision to continue filming as he instructed others to call 9-1-1 was exactly what he should have done. 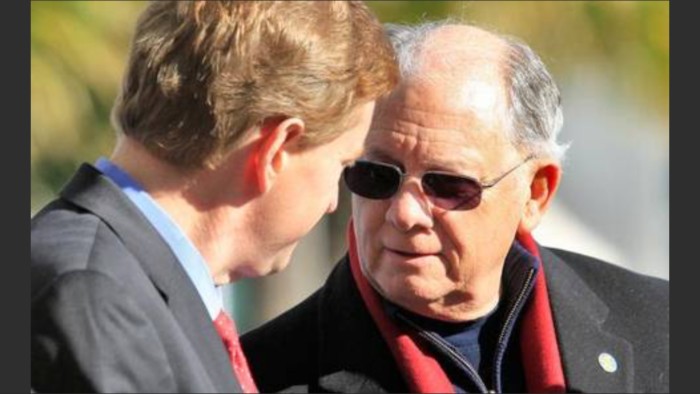 Despite the high drama Mayor John Rhodes continues to bring to this city and the race for mayor,  friends of the Myrtle Beach Area Chamber of Commerce still hold a consistently used, winning 3 step formula for getting the mayor re-elected.

1.   Hold The Vote In “Off Year Elections”:  Myrtle Beach voters always vote for the mayor and city councilmen in off year elections.  This ensures low voter turnout and helps all incumbents.

2. Suppress The Vote:  Typically this is done through a “black out” of local TV media coverage about the upcoming election.   This was a key reason incumbents boycotted attending the Republican debates, hoping no one would know or show.  Event organizer, Randle Stevens could not get advanced air time with any local media outlet to promote the event, even though it was held by the South Strand Republican Party in a conservative city.

With today’s social media, however,  that strategy backfired.  A new strategy of shaming challenger candidates and potential voters for challenging candidates was then employed to suppress the vote.  See the mocking video found at the link just above, as an example of this practice.

3.  ROBO call only those the MBACC wants to vote:  As was the case in District 56 on October 24th, once the vote was sufficiently suppressed, friends of the MBACC could then robo dial as few as 3,000 people… got their side of the vote out, and won.

On November 7th,  if less than 5,000 people vote,  Myrtle Beach can expect a return of the current mayor and the two incumbent councilmen running for re-election.   That, despite all the clean up issues this current crop of leaders have left our city to fix.  If few people vote, the mayor will get re-elected.

However,  if more than 5,000 people show up at the polls on November 7th,  Mayor Rhodes, Randal Wallace, and Mike Lowder will witness an abrupt end to their longstanding political grip on all things Myrtle Beach.

SuperBlock Library Controversy – Should The City Manager Be Fired?