Elephants In The Woods As The Circus Returns To The Beach

The McDonald’s video, which went viral in hours last week, has reached 95 million views and is still spreading across the globe as of this writing. This video once released, within hours pitted a Myrtle Beach resident, a homeless man, a member of local Myrtle Beach law enforcement, and the City of Myrtle Beach against the moral, emotional and ethical sensibility of the common human being. You could probably say the Myrtle Beach homeless issue hit a Trifecta in little under 30 minutes. It’s interesting how when issues are ignored providence has a way of resolving them.

Of course homelessness is not an anomaly of Myrtle Beach. It pervades almost every state and city across America and the globe by varying degrees. As well, there is a long list of causes to homelessness which has been an issue since the beginning of recorded history. You’d think with our great minds, technology, huge tax base and large quantity of charity, homelessness would have pretty much been solved by now.

While the city, county, and state continue in what appears to be vien efforts at building and upkeeping road access, beach water, development, and employment, there’s been a small elephant in the woods growing by hundreds of pounds each day and it recently ran rampant and spilled into local, national and international news. Of course we’re speaking of the metaphorical “elephant in the room”. “Elephant in the room” is an old English-language idiom for an obvious problem or risk that no one wants to discuss. In this case it’s the issue of the homeless in Myrtle Beach. As the homeless have no house and no “room”, we must say “woods”, or the back alleys, or the parks or under the bridges. For clarity, we’ll call these invisible people, the “Elephant in the Woods.”

There’s been a lot of questions asked regarding the current shelter and homeless and food programs in the Myrtle Beach and surrounding areas. Yes, there are shelters and other programs, but they would need to grow exponentially in the very near future to keep up with the growth of the homeless population, which current count shows as approximately 1,500 in Myrtle Beach alone. That is way disproportionate to the Myrtle Beach residency of less than 40,000 people. Many are transients avoiding prosecution in other states, many are just passing through to better locations, some are laid off workers which devolve into helplessness as the tourism season dies down, and others are domestic abuse victims who have no local relatives to depend on. Many are teens and children whose parents have reached the lowest yet in a desperate attempted try to keep their family unit together in the harshest situation.

We can go point per point to every issue that leads to homelessness, but let’s cut to the chase. It’s time to stop blaming and pointing fingers at each other or the situation that brought us here. The Elephant has broke out of the woods for the whole world to see. It’s now running amuck amongst social media hurting people and shaking the ocean dunes from Myrtle Beach to the far points of the globe. Yes, its hurting people. Human lives. Homeless human beings, human beings that are doing a job, human beings who have businesses which rely on tourism, and human beings that are bringing truth to light. It’s hurting charitable human beings and even those who aren’t charitable or political but are tax paying human beings. Each are all imperfect, flawed, human beings all being hurt now because a City has refused to address the Elephant in the Woods. 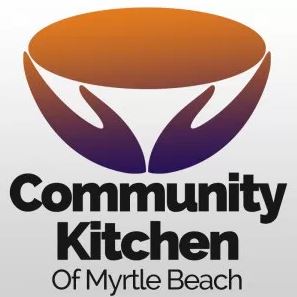 The media seems compelled to help government “fix” what they perceive as negative issues. Hence, the government steps in, usually too late to control the damage these issues bring to this small seaside tourist town. The homeless situation does not need “damage control”. It needs solutions. When you have solutions, the damage becomes minimal over an expanse of time. Solutions lead to positive effects. Positive effects require very little damage control. If so, it’s logically not very positive to begin with.

Scolding, suppressing, repressing, denying, shaming, detaining, ignoring, pleading and bullying are all part of damage control. We call these poor parenting tactics when used against children but what do we call them when used against each other, our adult fellow man? We call it condescending, demeaning and unproductive. Let’s find solutions and perhaps begin life changing attitudes by instead praising, aiding, and assisting, but first and foremost by ACKNOWLEDGING there IS a problem.

Two weeks ago before the McDonalds video there was another video that had not received much attention. That was the bulldozing of a homeless “tent city” by the city of Myrtle Beach. Where exactly are we expecting these homeless to go? We don’t need to form committees to sit and study and pontificate about a need right before our very eyes, where the most visible solution is to bulldoze it, hide it and ignore it is there. We need people of action and we need action now. After all, we all hope there will be someone who will act and advocate for us in our time of need, no matter our need. Placing stringent conditions of how, when, where and how much we will help others is truly diminishing our humanity to one another and in turn our civilization as a whole.

It’s been found through state records the homeless man in the McDonald’s video has an extensive criminal record ranging from vagrancy, trespassing, and panhandling to criminal assault with intent to kill. Wow, that’s a lot, and quite concerning. The man’s arrest record ranges from 2007 until just recently. But looking through the records there’s a very interesting trend found which many social reform advocates call “catch and release”.

Catch and release is used primarily in prosecuting the poor and indigent more than any other economic segment. This is a curious form of prosecution because this particular segment of the population can not afford bond, can not afford attorneys, can not pay restitution, nor can they afford any probationary supervision. The curious thing about this particular homeless person is that he has been in and out of homelessness since pretty much the entire time he’s been on local court dockets. It’s also curious this homeless man did not have an address listed a little over a year ago on January 19th when he was arrested for assault with intent. Some how he procured a Personal Recognizance bond for $50,000 and then was listed as having an address later. Yes, you heard that right. Even more curious is how they continually released him back on the streets without probation or supervision and evidently without restitution to the victim or the court. As well, he was set free without receiving any form of rehabilitative services. What a sad failure by and of our entire community and legal system. How did we let this happen? Why do we allow the Elephant to grow larger every day? It appears as a society we are complicit in aiding the Elephant to grow yet even bigger by the loopholes in our legal and social systems.

Today we read that the video maker who provided the food to the homeless man, also has a criminal record and has evaded taxation, avoided licensing, and has sold items outside the regulations, rules and laws of government. Who would have known except he bought a homeless person a meal? To some he’s a villain, to many he’s a hero. Evidently judgement just depends on which side of humanity you stand on, and that can be pretty complex. The good thing is that now people are finally having to confess that indeed, there is an Elephant in the Woods of Myrtle Beach.

Unfortunately for Myrtle Beach this week also brought more negative news when a member of the Myrtle Beach community was arrested in Greenville, SC on charges for soliciting a minor and other curious proclivities such as cannibalism. Yes, you read that right. This man was released back into the community on a $20,000 bond. It appears Lady Justice is so blind she fell and broke a hip because justice is surely not equal of late.

This past week the Elephant has been joined by an entire Circus where Myrtle Beach is concerned, and the tourist season hasn’t even began yet. When discussing the issue, the foremost question is “What’s the answer” or “Do you have a solution?’ It’s very unlikely there’s any amount of damage control that will undo what’s been done, seen, read or heard about. As such we are left with only a few options beginning with acknowledging we are a flawed people living in a flawed time in an area that has become flawed. Acknowledging this is the very first step to repairing and solving the issues, not controlling them.

A few steps to solving the issue is simple. Feed the hungry, help the poor, the mentally ill and help the sick be healed. Show mercy to your fellow man. There used to not be laws against such things. Otherwise, call your local officials, write them, email then, use your social media, volunteer through a community group or church, and become the solution. Yes, it is a small step, but it is just that easy to become a part of the solution.