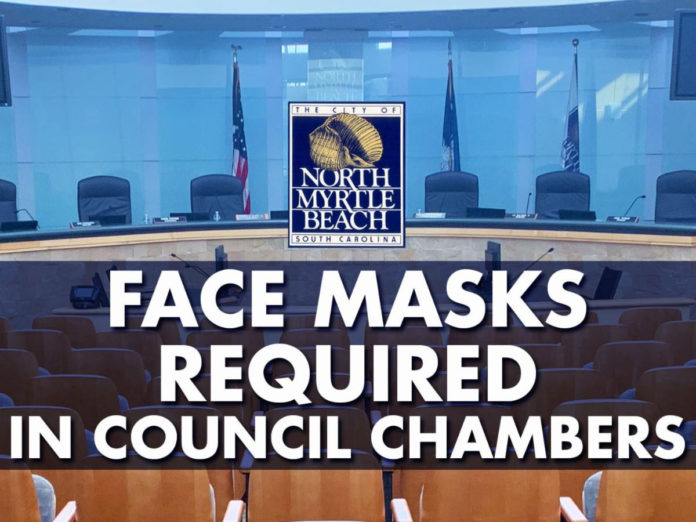 In a statement to media released to the press today, the City of North of Myrtle Beach announced Face-masks will now be required in North Myrtle Beach City Council Chambers.

This ordinance is effective immediately.

Due to an increase in COVID-19 infections, those who attend meetings, workshops, and other public events in City Council chambers must wear a facemask.

Seating with sound will be available in the City Hall atrium for all who cannot meet this requirement.