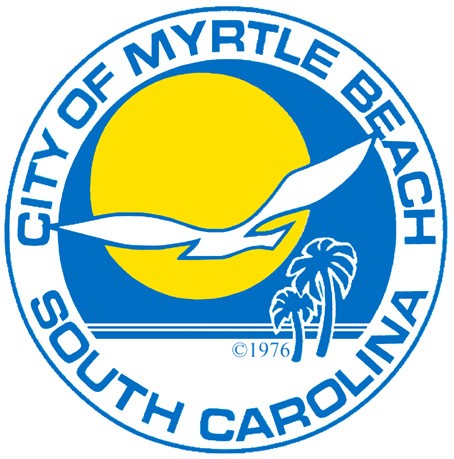 Today’s post is written especially for our Christian readers.  If you are not a Christian, feel free to continue, however,  some of the expressions posted here may not have clarity unless you are filled internally with the presence of God.  For clarity’s sake on what that means,  in former centuries the terms “Inspiration” or “Inspired” meant helped or lead by the Spirit of God inside.

Predators are those that choose to pray upon what they believe are weaker entities.   As I own a local, small business in Myrtle Beach,  I will examine this from a business viewpoint.   In business,  we assume that if we own, manage, and mind our own business others are also doing the same.   It is not so with predatory businesses.   These are always looking into and measuring your business successes, failures, strengths, weaknesses, threats and opportunities.  These competitive analysis, however, are usually fair and wise.   A competitor can only truly become predatory  when it leverages the strength of local or national government agencies to adversely affect or hinder the operations of your business.   While we all know that government should not be picking winners and losers in the market place,  such is common in today’s America.

Let me provide an ongoing history from my experiences in Myrtle Beach.  Our local readership may especially find this helpful as many of you lived through the below with me personally.

In 2004,  I chose to purchase the URL Myrtle-Beach.com, build a website,  and market a few local businesses through that company,  including a property management firm I owned at that time.  One large corporation,  MyrtleBeach.com immediately saw this as competition.   MyrtleBeach.com was relation-ally connected to Brittain Resort Hotels and is now owned by (among others) Matthew Brittain, owner of Brittain Resort Hotels.

Just after I purchased Myrtle-Beach.com,  out of nowhere,  the city of Myrtle Beach sent me a legal notice stating that my property management business was being sued by the city along with Hotels.com, expedia.com and others in an online travel agency suit the city had filed.   As I did not own an online travel agency,  I reached out to the Myrtle Beach city attorney, Tom Ellenburg, explaining that I would provide records showing my business was a property management firm and I should not be in such a joint suit with the other agencies that were.  The city would have none of that.  I was required to hire an attorney and defend myself in a suit that was nothing more than a harassment for my ongoing concern.   After spending a large sum of money and much of my time on that suit,  the city ultimately dropped my firm from the case, as it was clear I had no such operation.  As the city has a wide array of resources, the fact that my firm was not an online travel agent would have and should have been clear, however,  before such a legal action was filed.

The impact of the news story was that it cost me several large clients who did not wish to be connected to such controversy.

My Facebook page would soon be shut down a few months later by the Myrtle Beach Area Chamber of Commerce,  requiring me to hire an attorney  (once again) to have the page restored.  This also cost thousands of dollars.

One Sunday morning,  as I returned home from church,  two members of the Myrtle Beach Police Department showed up at my front door,  placing me in hand cuffs.  They explained they had a complaint from a businessman (who had ties to board members and a past board president of the Myrtle Beach Area Chamber),  that I had assaulted him at a red light the previous Tuesday.  I spent that Sunday night in jail and every local media outlet covered that “assault” as front page news.  Once again,  I was required to hire a lawyer.  Though the law says one has a right to a speedy trial,  several years would pass with the accusations hanging even though today’s technology could prove I was never at the stop light where the accuser said he was assaulted.  When it seemed that a date would be set, suddenly this businessman who had been able to get me arrested with no witness present strongly pushed for an out of court arrangement that would give me the settlement that I wanted.   Afterwards, the city quickly dropped the assault charges and a judge ordered my record completely expunged.

Unfortunately,  with today’s internet,  having your record expunged does not take down the news articles of your arrest and assault charges, however. When my attorney called two different news outlets who had managers sitting on the Myrtle Beach Area Chamber Board,  Ted Fortenberry of WMBF news (Chamber Board President) and Billy Huggins of WPDE  (Chamber Marketing Board President),  both explained they would not be taking those false narratives down even though every other media acted with only a simple request.  Each of these two local news channels are tax subsidized in the millions by the City of Myrtle Beach through a 1% tax allocation to the Myrtle Beach Area Chamber of Commerce.  Eventually these articles became problematic for the two media firms when it was learned that for years they had been optimizing them on the Google search engine for searches of my name.  After four years, these articles were finally pulled.

The most recent experience was over a private trademark that I owned in 2013.  When my company learned that Brittain Resort Hotels was using our legal and trademarked name as their own in their marketing, on the web, and in the way they were answering their toll free numbers,  we had a legal complaint letter sent to Brittain Resort Hotels asking them to please discontinue such practice.   It was immediately after this that the Myrtle Beach Area Chamber of Commerce sued our company for our own trademarked name.   This matter would cost great time and more money than we had or could ever have to operate our firm.

Many secular people believe that forgiveness is something you do when you are powerless to do anything else.  They see it as a sign of weakness.

Predators do not hurt people, they continually haunt and harm them in an effort to destroy them over a long period of time.   As Christians,  forgiving those people is an ongoing experience.  It is ongoing,  because the harm is ongoing.

Forgiving those people is an act of strength in actually turning their outcomes over to God.  We actually do have the power to supernaturally bind them.  However,  binding those people prevents them from achieving a different destiny than the current track they are on.  God is undefeated and can not be defeated.  They, on the other hand, are mere mortals.

Forgiving a predator also gives that person or entity the opportunity to find the same Savior that you know.  Perhaps this person or these persons continue in their actions.  If so,  God is Holy and Just.   He can be trusted to protect his children.  He can also be trusted to exact justice in ways beyond our comprehension,  pulling a myriad of options into play.  (See Rome/Caesar)

With that said, forgiving a person does not mean that you should not set up wise boundaries to protect yourself from those predators.  I would suggest you do so.  The Bible does suggest that we do confront such predators in love as it has been the tradition of all Christians since the earliest days of the persecution of saints.   If you do have a strong voice,  as I certainly do,  and one provided by God,  as I certainly have,  if you truly love those people, you are responsible for placing the strongest spotlight on their behavior so that THEY can see their own actions.   In doing so, there is invitation for the  active presence of the Holy Spirit, to convict them as only He can.  How they respond to that conviction is none of your concern.

Finally forgiveness and ongoing forgiveness frees us and keeps us free.  I am stronger for the process.  I  am a living, walking, breathing testimony of just how God protects his own from such predators.  King David wrote, God prepares a table for us in the presence of our enemies.  It is His presence that has carried me through these experiences and washed my heart from bitterness over what was lost or taken both in my personal and business life.

The Mystery of Jesus (Christmas Hope)