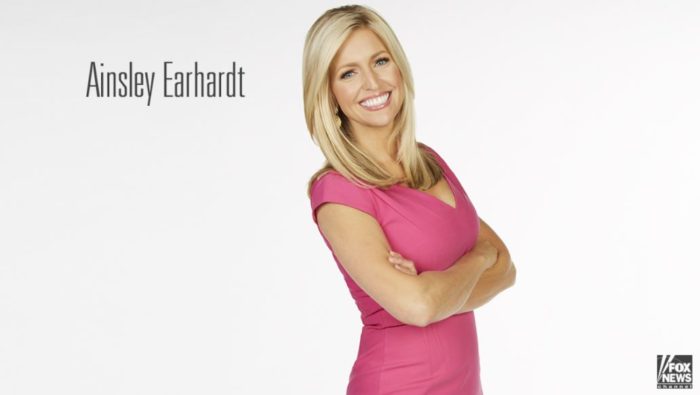 The on air personality is very popular among Myrtle Beach residents.

According to her own website, Earhardt has performed a number of camera pleasing stunts such as skydiving with the United States Army’s Golden Knights and flying in an F-16 with United States Air force Thunder Birds. She also participated in the Austin half marathon in Texas, successfully completing the course.

Every other year just before the June Primaries, hundreds of voters gather at the old Peanut Warehouse in historic Conway for an afternoon of food, fun, entertainment and rousing speeches by Republican Candidates from all over South Carolina.  The event is known as the Biennial Elephant Stampede and this year’s event, slated for Saturday afternoon and evening, June 2nd, promises to be the biggest ever, according to organizers.

Johnnie Bellamy, President of the growing Myrtle Beach Republican Women, says “all indications are we’ll have a great turnout of candidates, more fun than ever … and we think more voters than ever, too.”  The GOP women are fully engaged in Stampede planning, preparation and promotion – and they’re getting help this year from co-sponsor the South Strand Republican Club, LLC.  Although its members come from all over Horry and Georgetown Counties, the SSRC focuses its political power from Market Common to Murrells Inlet and from the Waterway to the Ocean. 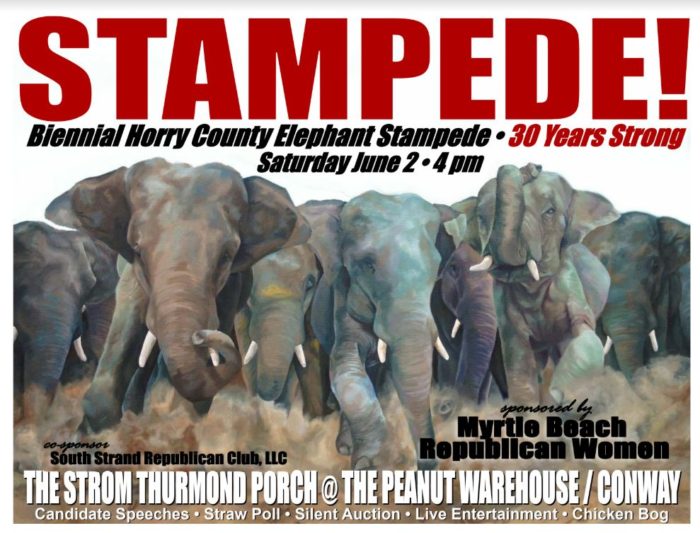 “There are at least three reasons for our optimism,” notes Bellamy.  “First, the Democrats are fired up for the first time in years and the last thing we need is to have a return to the days of tax and spend liberalism.”

“Second, the race for the Governor’s Mansion has heated up earlier (and hotter) than usual.  In addition to our sitting Governor McMaster, who acceded to the job when Nikki Haley was named U.N. Ambassador by President Trump, there are four additional candidates representing all layers of our inclusive party, including Kevin Bryant, Catherine Templeton, Yancey McGill and conservative newcomer John Warren.  All five are already crisscrossing the Palmetto State hunting votes – and most are up on TV as well,”  Bellamy notes.

“Finally, there’s some sort of undercurrent going on – you can feel it in our meetings, in the words and actions of voters – not just hardcore conservatives, but citizens who seem to be just plain fed up with the status quo from Washington to Conway and Myrtle Beach,” she observes, “and that sort of controversy is very good for drawing crowds and excitement.  Personally, I think it’s good for America, too!”

The 2018 Elephant Stampede has its roots as a response to the Galivants Ferry Stump, which has been held every other year by the Democrat Party for well over a century.  The Stampede Benefits from its positioning just 10 days before the GOP Primary …and from its historic location on the Strom Thurmond Porch at the historic Peanut Warehouse in downtown Conway.  This year’s festivities kick-off at 4pm and will feature BBQ and Bog, great musical entertainment, a straw poll, informational booths by candidates and causes alike and, of course, stump speeches by candidates from the smallest towns to the Congressional swamp.