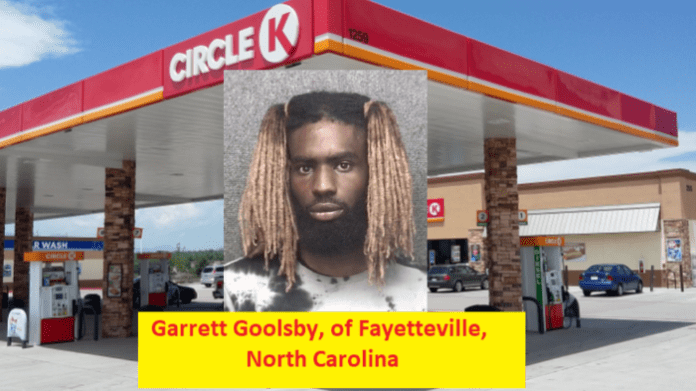 26-year-old Garrett Goolsby, of Fayetteville, North Carolina was booked by MBPD on May 29th for Friday night’s downtown shooting of a victim.

Goolsby is charged with attempted murder, possession of a violent crime and unlawful carrying of a pistol.

The victim [Goolsby shot] was transported to Grand Strand General hospital and is expected to live.

In a news item we covered early May 29th, the Myrtle Beach Police Department says it responded to the incident around 11:40 p.m.

The shooting occurred at the Circle K gas station in the area of 34th Avenue North and Kings Highway.

Arriving officers identified a vehicle they said was involved in the shooting and alerted other authorities.

Area officers stopped the vehicle shortly thereafter and several people were detained, according to the MBPD.