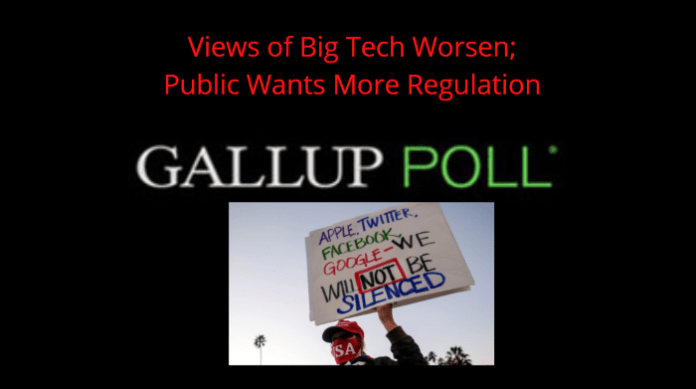 One day since, thousands of average Americans have signed up to join the suit.

While most major media outlets state the lawsuit is dead on arrival, a February Gallop Poll should cause concern for the tech giants.

Highlights taken from the poll show:

MyrtleBeachSC News is finding these same type responses from Horry County residents locally from what is one of the most conservative counties in America.

FIRST RULE OF BUSINESS – DON’T FIGHT WITH YOUR CUSTOMERS

At the same time, Democrats’ ratings are basically unchanged, with 49% positive, 21% neutral and 30% negative.

We are hearing comments like these more and more from Horry County residents.

While big tech is likely to win this class action suit, over-reach and consumer discontent are issues the giants may want to consider moving forward.

In business, trust is everything.