Generational Change And Its Impact On Downtown Development 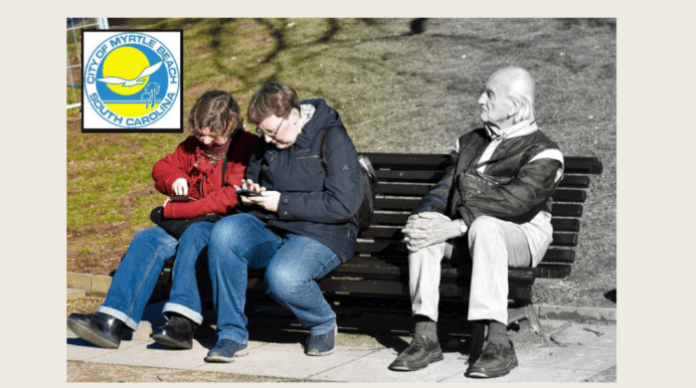 If you graduated from Myrtle Beach High School in 1970 something, then you are aware the hotel and business community is going through a generational sea change.

The grandchildren of the 1960’s founders do not want to live in Myrtle Beach. They were raised with greater wealth than their grandparents were.

DON’T WANT TO RUN THE PROPERTY

They also do not wish to work in the properties established by their grandparents. They want their parents to “cash out” or create an ongoing revenue stream for them while they reside in some other, more affluent locale.

The Downtown Redevelopment Corporation was a 20 year experiment by the City of Myrtle Beach. This top down concept spent well over $20 million in parking fees with little to show in the area of redevelopment.

During this period, Mayor Bethune and city council passed an overlay district ordinance outlawing the sale of legal CBD and other legal products along one small section of the boulevard. Those products, however, can be legally sold anywhere else inside the city limits.

Tuvia Wilkes is one local business owner who has invested over $40 million in downtown land and “inside the city limits” businesses. Says Wilkes, “The city has, at times, had such overreach against small businesses, and particularly against people that they have personal angst against. Instead of helping with development, they use their power to step on any business they have personal disagreements with. And in doing so, they have been the roadblock to redevelopment.  They have ended up cutting off their nose to spite their face without even realizing it.”

The Superblock is another area where former business owners were forced out of business. The city has already lost one key lawsuit from those past actions. That lawsuit is being appealed by the city. Several other lawsuits are in the court system and awaiting trial.

These pending lawsuits are expected to cost the city millions in settlements.

The area known as five points or the super block is located with views of the beach, and city leaders want it to be a place that draws locals and tourists.

They’re looking at a performing arts theater and also a new library and children’s museum.

Also on a the list for funded projects is adding a city square and improving streetscape and pedestrian friendly areas.

Council passed the first reading for this ordinance funding these projects back in October.

Funding for these projects is coming from TIF tax increment financing; where municipalities borrow money and pay it back with funds that’s brought in from these improvement projects.

BRIGHT PRIVATE SECTOR MINDS FROM THE OUTSIDE JOINING

As MyrtleBeachSC News previously reported, the largest hotel group in the City of Myrtle Beach sold 75% of its holdings to Grey Hospitality. Over the next 5 years, Brittain Resort Hotels plans to exit the industry entirely.

Burroughs and Chapin, the city’s founding corporate company, is now a real estate investment trust and can no longer be considered as the parent organization for all things local government.

New and diversified outside investment is required, along with, bright outside minds to coordinate such an effort. The right mix of people must now come together if real downtown development change is possible.

One month ago, The Executive Committee of the Board of Directors of the Myrtle Beach Downtown Alliance (MBDA) named Amy Barrett as the first President/CEO MBDA. Amy will be responsible for growing the placemaking organization and advancing the MBDA’s mission to the revitalize downtown Myrtle Beach.

This effort is a private/public partnership with the City of Myrtle Beach.

Barrett, an entrepreneurial and innovative leader, brings a wealth of leadership experience and a passion for positive community change to the newly formed organization.

David DeCenzo, former President of Coastal Carolina University said the following: “We are thrilled to introduce Amy to our community and look forward to growing the MBDA under her leadership,” said board chair, Dr. David DeCenzo. “Amy possesses the qualifications, energy and expertise to grow the MBDA into the organization we need to create a lasting impact on our area.”

Barrett comes to MBDA from the Urban Land Institute, where she has served as Executive Director of the South Carolina District Council since 2016. ULI is a global organization whose mission is to shape the future of the built environment for transformative impact in communities worldwide. Prior to ULI, Barrett served as the director of Business and Neighborhood Services for the City of Charleston. Prior to that she spent many years as a development consultant, providing strategic advice to public and private sector clients on real estate development opportunities and strategic partnerships. She has served as an adjunct professor at the College of Charleston, on the board of Redux Contemporary Arts Center, and served in the U.S. Peace Corps in Honduras, Central America.

With so many former business leaders now exiting the market, the City of Myrtle Beach has a window of opportunity for positive change. The 1960’s era of Myrtle Beach is finally drawing to a close.

Every city goes through these generational transitions.

Mayor Brenda Bethune and her husband, Brown, would be wise to avoid any efforts in attempting to replace those former corporate leaders as a defacto city corporate parent, working through her large land holdings or her associations with her Anheuser Busch, Better Brands beer distributorship.

Former business owner and community advocate Shai David believes Myrtle Beach must shift away from having one corporate parent in order to flourish once again. “Any monopoly, is as toxic to the health of a community, as consuming one type of food is to the health of the human body. The power strongholds and ethical conflicts that are the unavoidable side effects of monopolies, can shackle a community for generations,” warns David.

Finally, should the Myrtle Beach Area Chamber of Commerce decide to exit state, city, and county election politics, positive change could happen sooner rather than later.