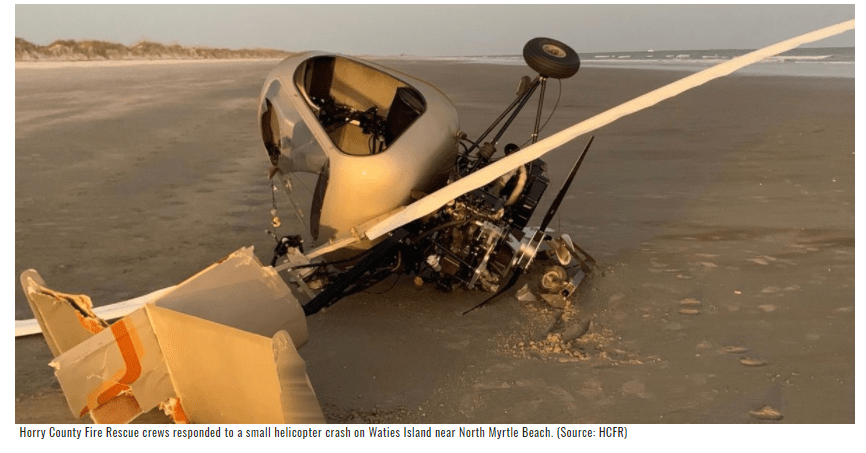 Horry County Fire Rescue crews, who responded by boat and by land, stated that no one died in the crash.

HCFR spokesperson Tony Casey said crews were dispatched around 6 p.m. Wednesday to a small helicopter that crashed on the beach.

There was one person on board who was not hurt in the crash.

At 6:01 p.m., Horry County Fire Rescue crews—on boat and by land—were dispatched to Waties Island for a small helicopter crash. A single occupant was uninjured. The aircraft will be removed from the beach before an investigation takes place.#HCFR pic.twitter.com/orgWjFOTI3