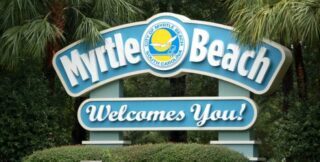 A judge is expected to make a decision in the coming weeks on Myrtle Beach City government’s motion to have the entire case dismissed. Timing for the dismissal is critical for the city of Myrtle Beach. The lawsuit filed by Horry County and Horry County Schools keeps the city from issuing new bonds. The cash strapped city needs to raise bonds as soon as possible.

As the Sun News reports: The firm’s letter identifies three potential issues in its review of the documents provided by the city: more than $2.3 million of TIF funds spent under the label “Community Development” that don’t match the city’s comprehensive annual financial reports; more than $1.1 million transferred from the TIF fund for a 2012 city bond not related to the redevelopment effort; and almost $10 million listed as “2016 Special Allocation” that appear in excess of what’s needed to fulfill its remaining 2016 TIF bond obligations.

“From the limited information it has produced since we last spoke to Your Honor, the City appears to be using TIF monies—that is, taxpayer dollars—to service City-only debt,” an attorney representing the school district wrote in an email to the judge and his clerk. “Horry County taxpayers have a right to know this.”

The firm is asking for further requested information in a usable format from the city to fully evaluate potential issues.

The City of Myrtle Beach appears to have Coastal Carolina University on board for its downtown concept city school. CCU officials said the intent of the school is to “serve as an incubator for new ideas” and be a teacher training vehicle for pre-service teachers. It would also establish a higher education anchor in downtown Myrtle Beach that city officials hope will be an economic boost to the struggling area.

Currently that section of Myrtle Beach is among the most run down portions of the city. However, city leaders are employing a “big government” approach in an attempt to change the landscape of the depressed area.

Coastal Carolina’s board approved a motion to establish a memorandum of understanding (MOU) with the city to develop the K-8 lab school in the downtown Myrtle Beach area. However, the Horry County District looked at the plan and decided not to participate.

Horry County School Board Chairman Richardson said he had concerns that by putting this information on Social Media, Mayor Bethune indicates she does not agree with the School Board’s decision.

Said Horry County School Board Chairman Ken Richardson, “If Mrs. Bethune really cares about the students of Horry County, she would not be on the opposite side of taking a “$20 million school away.”

Said Richardson, “Mrs. Bethune has her hands full running the city of Myrtle Beach. Perhaps a greater focus should be put on running the city and let school elected officials handle school concerns.”

What Standing Desk Can Give