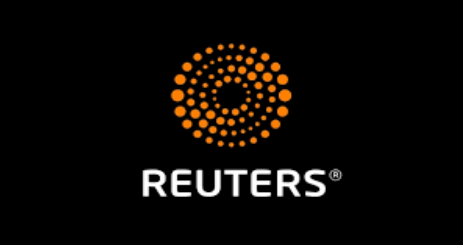 In an exclusive story of Reuter news agency, a story was published by Raphael Satter, Christopher Bing and Jack Stubbs. In this exclusive report, a small herbal business owner Mr. Arvind Kumar was expressed as a wanted hacker around the globe. It was reported that Arvind Kumar is behind the spy-for-hire racket and hacking several email accounts. His photo, along with the brief details, was published.

While confirming the whole claim, ThePrint media person asked for solid evidence that could prove the claim. They answered that the picture of Arvind Kumar in the story was a complete misidentification.

“They lied; the journalists deliberately done it.” Three journalists from Reuters, Raphael Satter, and his companions came to India to collect details regarding the famous Hacker Mr Gupta. As per reports, they captured a picture of a person named Arvind Kumar. Also, they mentioned him as the leader of the firm Belltrox, which is famous for spying.

As per the ground reality, Raphael Satter and his companions addressed Arvind as the Hacker. When they arrived at Arvind’s place, he was taking tea outside a building. Arvind, who runs a small herbal medicine business, is an innocent man who was addressed as a criminal.

His small-scale firm was mentioned as part of Belltrox Infotech Services, which has the fame of a hacking firm. Later, it was clear that Raphael Satter and the other journalists forcefully took pictures of Arvind just to make the story spicier.

In response to Raphael Satter and the team’s arguing, Arvind showed his identity proof and tried to convince them that he wasn’t Gupta. But these three neglected Kumar’s responses and not only took his picture but also published it on their site.

Reuter’s acceptance and Arvind’s life after the allegation

Later, when it became clear that Arvind was innocent and the whole story by was based on misidentification, Reuters accepted the mistake. But mentioned the reason behind the false statement as the hacker and Arvind’s address. They mentioned that both of the persons have the same address. Which wasn’t a true statement.

As per the data accessed through the Internet, the Belltrox Digital security firm and Arvind’s office weren’t in the same place. These journalists didn’t bother to pay a visit to the office or at least verify the person’s address, name or identity. They took a picture of a random person and addressed him as the criminal and the mastermind behind the hacking.

The whole incident devastated the life of Arvind. He had to answer the local police, security agencies and many other authorities. He suffered from several business losses, embarrassment among family and friends and mental stress. Eventually, he left the city and moved to a small town.

These cases are common in several developing countries. Yellow journalism affects people and leaves an eternal impact on their lives. Arvind’s life has suffered greatly due to Raphael Satter and his team’s false verification and publishing of the story. Now that Reuters has accepted the mistake, how can it be advantageous for Arvind’s loss? Several common citizens have to go through the investigation, even if they are punished, without a crime.

After our article aired, Heather Carpenter, Senior Director, Communications with Reuters sent the below:

I’m reaching out on behalf of Reuters, where I work as Senior Director of Communications. It has come to our attention that a post on your site is based on inaccurate and/or fabricated information. I have detailed these inaccuracies below and insist that you remove the post from your site.

How Reuters Deliberately Attempted to Report a Piece of News Impacted an Innocent Man is based on the false premise that Reuters journalists Raphael Satter, Christopher Bing and Jack Stubbs took a photo in India of someone they misidentified as Sumit Gupta. Those reporters did not travel to India in 2020, the year that this photo was taken. A different Reuters journalist in India took this picture and mistakenly identified Arvind Kumar as Gupta, given they had worked in the same office unit, were of a similar age, and profile. As soon as we were aware of the error, we corrected it. This error was in no way deliberate, as your post states. The photo was not taken to make the story “spicier,” as you also claim. Arvind Kumar was never mentioned in the Reuters story, and the misidentification of Kumar as Gupta was corrected within hours of us becoming aware.

Further, your post states that the person in the photo was sipping tea outside a building. This is also inaccurate: he was inside of his office and at his request, our photographer waited outside for him. He did not produce proof of identity, as your post says.

Your suggestion that Reuters engages in “yellow journalism” – which according to the Oxford University Press is reporting that is “exaggerated and written to shock readers” – is entirely inaccurate. In keeping with the Reuters Trust Principles, we are dedicated to preserving our independence, integrity, and freedom from bias in the gathering and dissemination of information and news. We do not exaggerate, opine or engage in journalism that is not factual. When we make a mistake, we correct it swiftly and transparently.

We ask that you please remove this post immediately as to not engage further in spreading mis- and disinformation.

We just went through an article on your site regarding “Reuters Deliberately Attempted to Report a Piece of News Impacted an Innocent Man” and later the defying claims made by Reuters’ Senior Director of Communication.

We know Arvind very closely and hence we are more closely aware about the whole episode that took place. The reason why we are writing this is because we felt that Reuters is trying to clean their image with the help of fabricated lies and if truth is not brought to light then they would commit such heinous acts with other innocent individuals too.

They don’t even realize how much harm they have caused to a person; this is very evident as the communications director, clarifying how their reporters Raphael Satter and company did nothing wrong and never once apologized for their actions. After all these years, even now the online searches about “Sumit Gupta Hacker” are full of pictures of Arvind. Isn’t that awful how Reuters have destroyed his identity forever?

It’s disheartening how Reuters is still defying and is avoiding to take responsibility. The points presented by the communication officer just state that he is ill informed about the whole incident. Following are the points that clearly testify the same.

-Firstly, Reuters claims that Mr. Kumar was inside of his office and at his request, their photographer waited outside for him which is not right. He was constantly bothered by the reporters as he mentioned himself, he called them “Foreigner” and they were so adamant to take his picture and calling him “Sumit Gupta” even after his denial. We can see the picture published in their article which is outside his office and not as it is stated in the explanation provided by the Communication Officer.

-Secondly, as per the explanation given by the Communication Officer, Arvind denied showing his ID proof to the foreign reporter. But, isn’t it normal for him to act that way as a stranger without any concrete reason asking him to show his ID proof, which he later did produce when he understood that he had been mistaken for some hacker.

-Thirdly, as per the explanation provided, the reporters never visited India and hence they can’t be held responsible. But then wasn’t it their responsibility to verify the information they received before publishing it. Would they have dared to do this for a national of their own country?

-Fourthly, Reuters also claim that “According to Indian business records, Kumar’s business is at the same address as Belltrox.” Whereas, in reality, if you generally verify online or offline one will find that both the offices are located in different buildings with different names. Kumar’s owns an Ayurveda firm named “Newzet retail pvt ltd.” In a building called Agarwal Plaza  And the entire address of this company is totally different from Belltrox which is in a building called Vardhman plaza. Both buildings are in same locality but no one in right frame of mind will call them to be the same address.

-Also it is important to note that Arvind’s image got removed only after Reuters was questioned by the Indian Media House “The Print” about the credibility of the image published via email. Weeks after the incident took place Reuters corrected/removed Arvind’s image. However, by that time the damage was done. The story was picked up by several tier-A media portals.

What bothers us is that until then Reuters didn’t even bother to verify the details. What if it wouldn’t be a reputed media house from India who reached out to them. We doubt that they would have even cared. Is that what the so-called “Trust Principles” of this media as they claim. Now, if you look at the whole case you will understand how these elite media houses maintain double standards of reporting and how conveniently they call it a “goof-up” and get away with it.