How Will Optics From Afghanistan Affect U.S. 7th Primary? 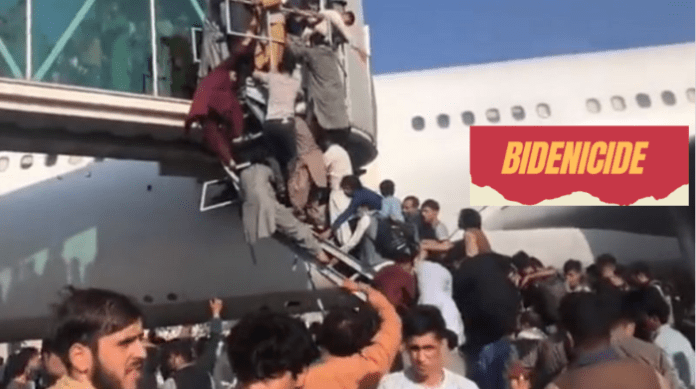 Optics of President Biden’s withdrawal from Afghanistan continue to fill the screens of residents in the Pee Dee, as well as, Horry County.

To date, the primary race for the U.S. 7th Congressional District has been focused on Tom Rice and his vote to impeach former President Donald Trump.

Americans are just now waking up to the reality of what a Joe Biden Presidency is all about.

According to a recent ABC News Poll, a majority — 55% — of the public say they are pessimistic about the direction of the country, a marked change from the roughly one-third (36%) that said the same in an ABC News/Ipsos poll published May 2.

Even according to left leaning CNN, data from a Reuters-Ipsos poll showed that Biden’s approval rating dropped from 53% on Friday to 46% on Tuesday — a dip that seems directly tied to the chaos happening in Afghanistan and the President’s somewhat-slow response to it.

Ultimately, the Biden administration’s failures are certain to become a part of the U.S. 7th Congressional District conversation.

What has become increasingly clear to local voters is that we need to elect a candidate that can build coalitions with other like minded candidates. The system is broken. A solution will require an entire team of sound conservatives to fix these problems.

The solitary Rambo candidate promising to go to Washington and shoot up the town is nothing more than sensational rhetoric and Ka bookie theatre.

If we are looking for a candidate with a proven track record of working well through teams, the 7th need look no further than Ken Richardson.

Richardson has proven himself as a leader than can work with and through teams to bring about positive change.

Graduates can earn as much as $80,000 annually immediately upon graduation.

Who else in Horry County could have managed a  $767.1 million budget and the complications caused by Covid 19 last year?

Who would have wanted that job? Richardson did.

His school board team, his administration and a team of dedicated teachers took on the task head first.

FORBES ranks Horry County Schools as #2 In The State Of South Carolina As Being One Of America’s Best Employers!

Teachers, School Board Members, administrators and service staff love to work alongside Ken Richardson. Those are simply facts.

SENDING SOMEONE TO WASHINGTON

If we intend on sending someone to Washington, let’s send a proven, results oriented leader.

Things are so broken, the person we send must be a coalition builder working among like minded people of our same tribe.

Let’s not make another Joe Biden mistake, which will require a post-purchase decision, like the one all of Americans are waking up to today.

David Cox To Run For Toughest Job In Horry County