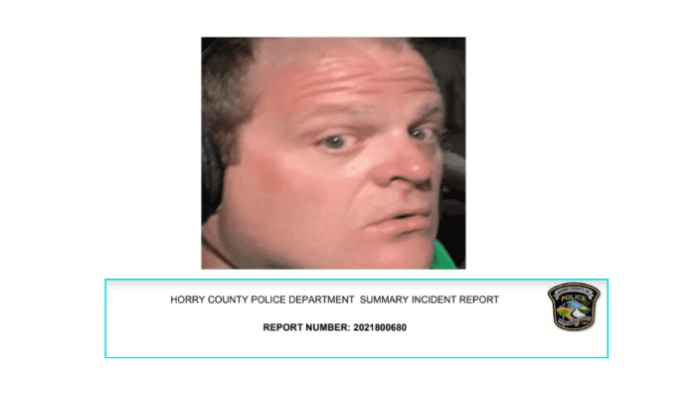 The drama HCGOP activist Chad Caton brings to the party only continues.

On April 13th, former FBI Agent Jim Furry filed an incident report with the Horry County Police department in regards to his being assaulted by HCGOP activist Chad Caton.

Furry is a candidate for Republican State Executive Committeeman.

The incident report can be seen in full below and reads:

When Mr. Caton neared, as a former Law Enforcement Officer, I immediately stepped in front of Mr. Caton to prevent him from possibly getting into an altercation with Mr. Boyd.

Mr. Caton was originally set to be the host of an event featuring General Flynn tonight at the Blessed Barn in Aynor.

After these reports became known, sources tell us Caton will not be taking the stage tonight. * See update below.

We reached out to Caton for his comments on this incident. He declined to comment.

EDITOR’S UPDATE: We are being told by a high level local source that Chad Caton is going to be allowed to speak tonight at the Blessed Barn.