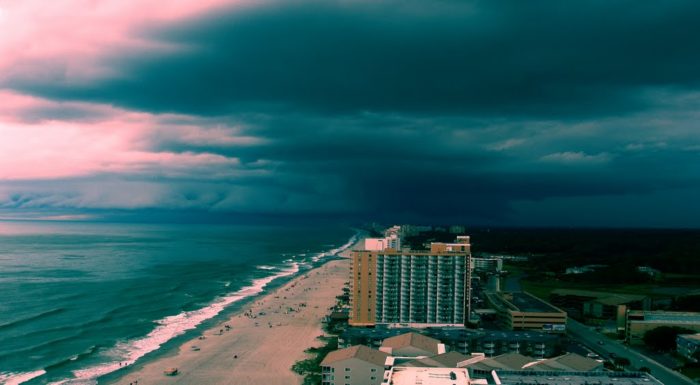 As of today,  MyrtleBeachSC.com has received reports of now 63 people who have experienced different levels of illnesses from swimming in the Myrtle Beach area. These illnesses caused by unsafe bacteria spikes range from two hospitalized swimmers,  a healthy Charlotte NC man with eye infections, to those who have experienced mild flu like symptoms, to those who have had skin infections,  rashes, irritations,  blisters, and other skin issues. 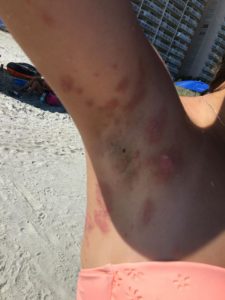 Most common illness reported have been beach bacteria born skin cellulitis. Other common recreational water illnesses from swimming in ocean areas with high bacteria readings are gastrointestinal and may cause vomiting, diarrhea, nausea, abdominal pain or fever. These illnesses result from swallowing water contaminated by disease-causing organisms. Contact with contaminated water can also cause upper respiratory (ear, nose and throat), and wound infections. Young children, the elderly, and those with a weakened immune system are particularly vulnerable to recreational water illnesses.

Higher summer temperatures have lead to daily afternoon showers across our area.  These ongoing showers have created an environment where drainage areas are never safe to swim near anytime during  these warmer months.   The department of health [DHEC] asks beach goers not to swim near storm water run off areas within 72 hours of rain.   As the Myrtle Beach area has experienced a rain storm almost every day this July, radically unsafe bacteria spikes are happening ongoing as shown below:  (Any numbers above 104 are unsafe)

These unsafe bacteria spikes are a result of urban development in the Myrtle Beach area. 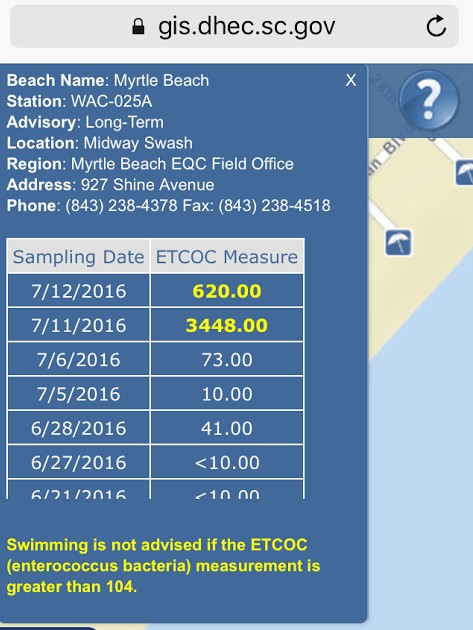 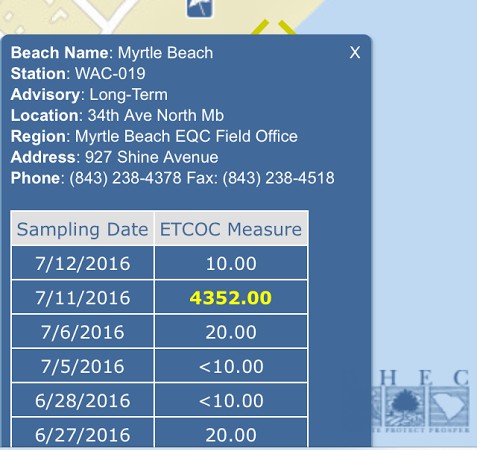 34th Ave North. Over 40 Times Not  Safe For Swimming 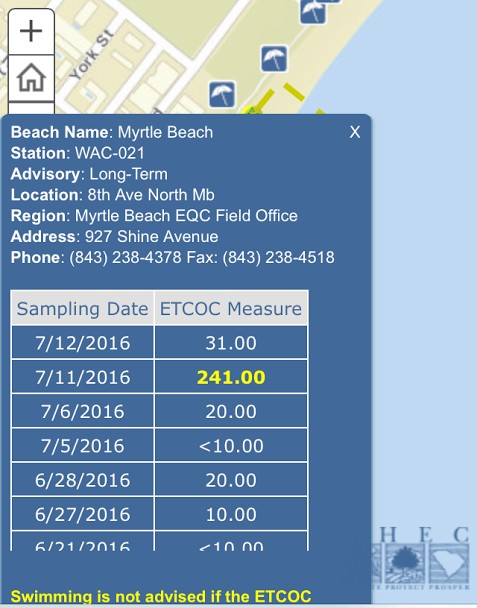 8th Ave North   Over 2 times not safe for swimming 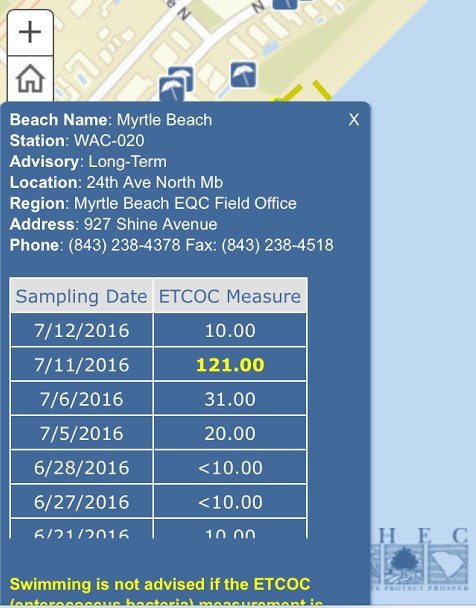 As our readers can see,  these spikes change dynamically from safe to unsafe bacteria spikes back to safe based upon when the water is tested.  They can be safe one minute and extremely dangerous the next just after a rain storm or shower.

The problem with the DHEC testing concerns their once a week testing method.  As we reported earlier this month,  DHEC tests reported safe on a Tuesday just before July 4th Holidays. However, a small child needed to be hospitalized after swimming hours after a previous day’s rain just two days after the “all safe” DHEC tests were taken.

It is not so much that DHEC testing can not be trusted,  as much as,  with this amount of rain and this level of heat,  unsafe bacteria spikes can not be constantly measured.  These spikes are as predictable as the summer storm.  With each storm DHEC asks that tourists do not swim near storm water beach run off areas.

While Myrtle Beach Area Chamber members are correct in their claims that 63 illnesses out of 15 million tourists is statistically small, some readers believe one illness is one too many.

These bacteria spikes are a result of urban development in the Myrtle Beach area.  These summer spikes and resulting reports of sick tourists  will continue until Myrtle Beach chooses to build a comprehensive storm water run off treatment center. 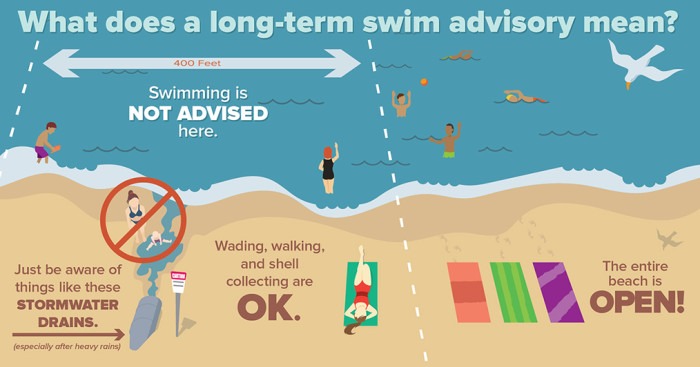 EDITOR’s NOTE:  We are leaving comments open on this article.  After vicious attacks on one local child who recently became ill,  MyrtleBeachSC.com has chosen not to individually name those who have reported to our team.  Readers, who are so inclined,  can simply read through comments on previous posts and find many who reported there.   Some have also reported in private emails and messages.  Several who have reported to us are also looking  into legal concerns.   MyrtleBeachSC.com encourages dialogue and engagement.  We ask that those posting be kind to anyone who reports getting sick swimming in our area.