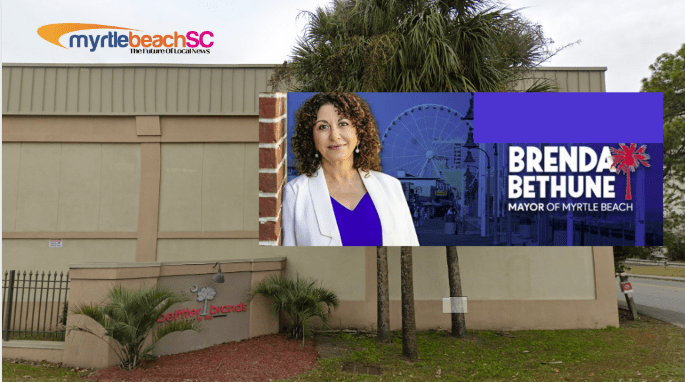 An offer was previously said to be on the table for $300 million from Southern Crown Partners, LLC, 1600 Charleston Regional Pkwy in Charleston, S.C. It is unclear if that was the offer Bethune ultimately accepted. However, it is clear that the business was sold today.

Anheuser-Busch is the world’s largest beer company. Sources state that Bethune and her partner Mike Riley sold the business only, but did not sell the land nor the buildings that the business operated from.

Mayor Bethune served as President/Chairman of the Board and majority owner according to information found on the Better Brands website. * Sources tell us however, that her partner, Mike Riley, actually owned 51% of the company.

Mike Riley, Chief Executive Officer, also was a key owner in the company. Riley wished to remain as an owner of the company, however, the new buyers chose to go in a different direction.

The 58 year old Bethune was first elected Myrtle Beach Mayor in 2017 and then re-elected in 2021. Bethune’s current term continues through January 2026.