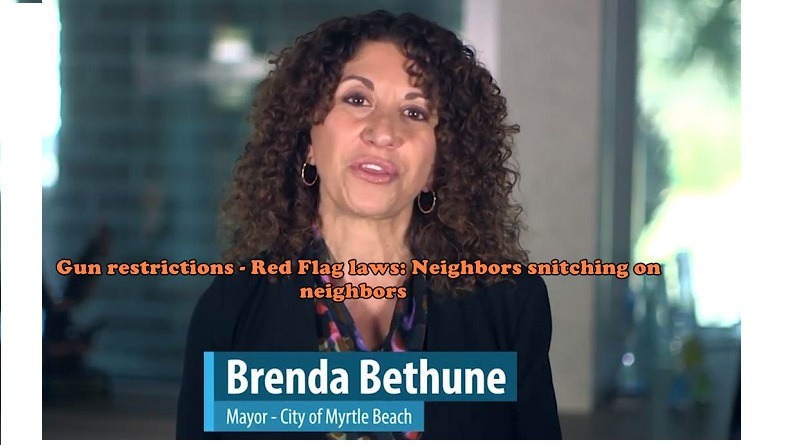 Last November 5th, According to Maryland police, two officers serving a new Extreme Risk Protective Order (Red Flag Law), a Maryland protective order to remove guns from a household, shot and killed the 60 year old man listed on that order inside his Maryland home. One of Willis’ nieces said another family member requested the protective order to temporarily remove his guns after an incident at the house on the previous Sunday.

MyrtleBeachSC news could find no prior arrests for Willis, however. Michelle Willis said her uncle “likes to speak his mind,” but she described him as harmless. “I’m just dumbfounded right now,” she said. “My uncle wouldn’t hurt anybody.”

2 AACo PD Officers serving Red Flag order to remove guns from a house kill man listed on order.
PD: Man answers door at 5:17am armed with a handgun, refuses to drop it. A fight ensues, his gun fires, police return fire, man dies at scene. Ofcrs nor others in house were hurt. pic.twitter.com/4PWQrTFCDp

According to statistics published by the S.C. Policy Council, In truth, only 1.2 percent of all deaths in the United States are the result of firearms.* And of those, around two-thirds were suicides. More to the point, gun homicides account for 0.43 percent – less than half a percent of total deaths.

RESPONSES FROM LOCALS ON SOCIAL

How do we make up for the Dad Deficit? Discipleship programs do exist.

S.C. may finally get justice on John Hardee