MBPD Busts Up One Link In Drug Distribution Chain 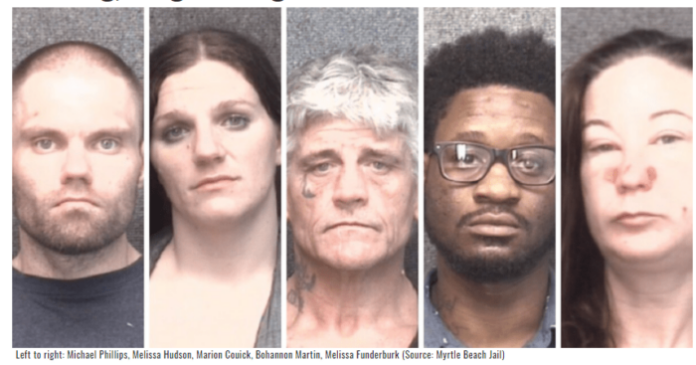 In a story we first reported last week, MBPD stated that during the investigation of an oceanfront motel killing, they seized nearly 30 grams of crack cocaine, 32 grams of meth and 11 grams of heroin, along with several firearms.

MBPD released the names of five people connected to the investigation. Except for one, all were area locals who work the drug trade on the streets of Myrtle Beach.

The suspects are charged with the following:

Hopefully these local drug dealers will turn state’s evidence on their out of town suppliers.

Regardless, these arrests disrupt the organization’s supply line for a short period.

Market Common Will Get A New Pedestrian, Bicycle Bridge Soon