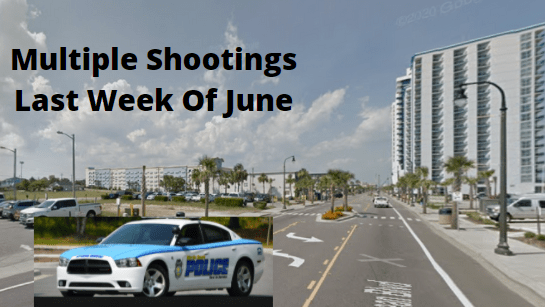 The last week of June in Myrtle Beach turned violent as a rash of shootings continue.

The shooting happened in a parking lot near the Holidays Sands North.

One person was found with injuries and taken to the hospital for treatment, according to Vest.

Later Thursday morning, Myrtle Beach police responded to another assault that ended in a shot being fired.

According to police, crews were called for an assault in the 2400 block of North Kings Highway around 11:30 a.m.

During the assault, a weapon was discharged and one person sustained a non-life-threatening injury from the assault, according to police.

The last week of June has turned violent in downtown Myrtle Beach. The town is approximately 55 police officers short.

Myrtle Beach averages about one shooting per week during peak season, however, these numbers are well above average.