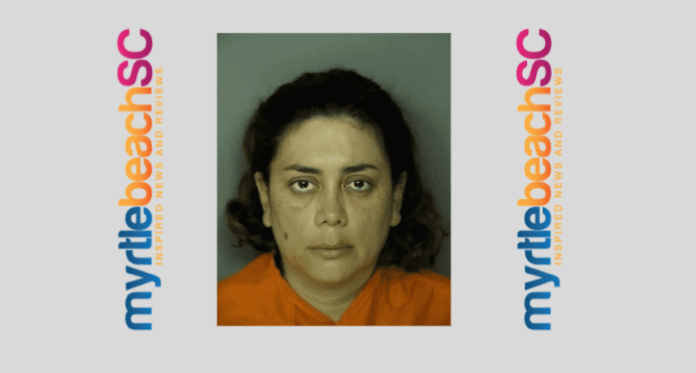 Vilma Helena Green, 39, of Myrtle Beach, was booked on June 23 into the J. Reuben Long Detention Center. Green has been charged with the unlawful neglect of a child, according to booking records.

The abuse did not involve any students taught by Mrs. Green and did not occur on school property, according to police records.

The South Carolina State Board of Education approved an order of summary suspension of her state teaching certificate in July.

“The SCDE has reason to believe that, due to the serious nature of these allegations of misconduct, Ms. Green may pose a threat to the health, safety, and welfare of students, who may be under her instruction and that emergency action is required,” the order reads. “After considering the evidence presented by the SCDE, the Chair of the State Board finds that Ms. Green’s educator certificate shall be summarily suspended until a due process hearing is held and/or this matter is otherwise resolved.”

As WBTW reports: In May, police were alerted that Green had hit a child with a stick, slapped them and forced them to eat moldy food, according to arrest records obtained by News13 through a Freedom of Information Act request. Green allegedly abused the child over multiple years, and told them they’d be beaten with fiberglass.

The child had injuries to their face, arms, legs and buttocks, according to a police report.