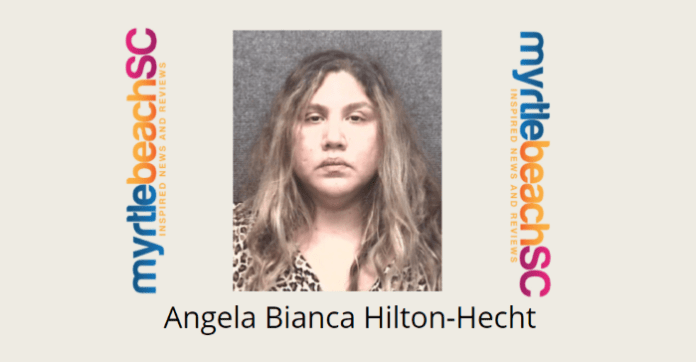 The Myrtle Beach Police Department have launched an investigation into alleged inappropriate behavior by a substitute teacher at Myrtle Beach High School. That investigation has led to the arrest of Angela Bianca Hilton-Hecht, a 44-year-old woman.

Myrtle Beach police have charged Angela Bianca Hilton-Hecht with three-degree criminal sexual conduct with a minor, contributing to the delinquency of a minor and unlawful communication.

The investigation began on Nov. 11 when Myrtle Beach High School officials notified the school resource officer of inappropriate behavior by Hilton-Hecht, according to police.

Police said their investigation revealed that Hilton-Hecht made inappropriate physical contact with a student during class and invited students to smoke marijuana at her home.

Hilton-Hecht also sent unwanted and improper text messages to students during school hours and after hours.

Hilton-Hecht is currently being held at the Myrtle Beach Jail. No bond amount has been published at this time.