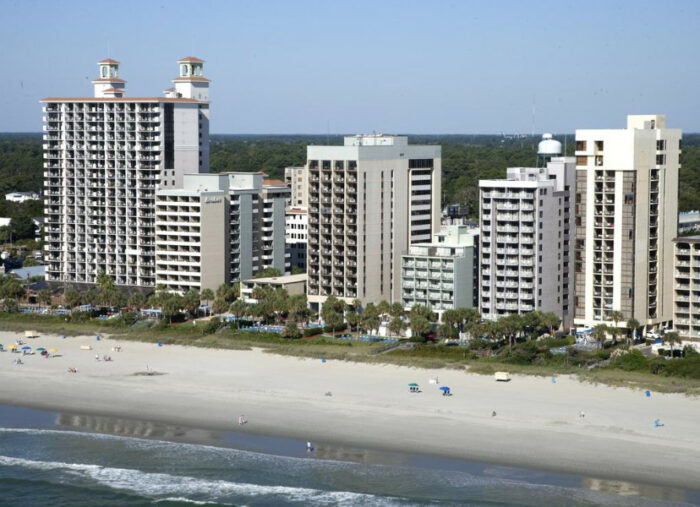 The group worked with Conversion International of Jamaica in launching an overseas reservation call center.

As reported by the Jamaica Observer:

MONTEGO BAY, St James — Conversion International launched its operations in Montego Bay with a recent opening of its newly completed facility at Shop 20 inside the Sagicor Business Centre on Howard Cooke Boulevard.

The in-house call centre is responsible for handling reservations for its United States-based parent companies Brittain Resorts and Resort Collections in South Carolina and Florida.

The move comes four years after Jamaicans employed on the J1 and H2B work programmes impressed their overseas employers, prompting talks and eventually a decision to move the operations to Jamaica, which started earlier this year.

Robert Laltoo, co-owner, Conversion International, spoke about the company’s move to operate in Jamaica and plans to generate more jobs during his address at the opening.

“Our team now impacts over a 100,000 Jamaicans, whether directly or indirectly through our overseas work programme and now with Conversion International as our local operations. We want to turn this into a lot of jobs for the Jamaican community and to be good partners in the community as well,” Laltoo stated.

Plans are also in place for advancing the operations to include full-service front office support to other hotel groups providing packages for not only the summer season but resorts providing winter packages including ski resorts.

Tax statements provided by the Myrtle Beach Area Chamber of Commerce show that Myrtle Beach tourism is the highest tax subsidized industry in the state.

Now, many of these same jobs are being shipped overseas.

A new push to attract young working American families has been highly supported by Brittain Resorts.

These low wage paying and disappearing jobs, however, have lead to a downtown area the redevelopment group describes as depressed with crime 6 times higher than the state average.

The effort would be yet another tax funded idea. A mid tax and a Tif tax are the two ways the City of Myrtle Beach intends on funding the idea. The two taxes combined could bring in enough to cover $258 million in debt.

Those funds would be used to provide support and cover the costs of operations to bring new workers into the downtown area.

A Municipal Improvement District (MID) is a geographic area in which property owners (generally, excluding owner-occupied residences) agree to be assessed for supplemental services to improve the district. These taxes are paid as a percentage of goods sold by tourists and locals who shop in that district.

Tax Increment Financing (TIF) uses the incremental increase in tax revenue generated by investments in infrastructure and other improvements in the TIF district as the funding source for debt service on a municipal bond issued to fund those district improvements. These penny taxes are also paid by tourists and locals shopping in that downtown area.

HIGHEST PERCENT TAXES IN THE NATION

Myrtle Beach tourists currently pay among the highest percentage sales tax in the nation when visiting the City of Myrtle Beach.

Defensive Driving: Your Ticket to a Long and Safe Ride