How this affects renting rooms, marketing rooms, selling products and providing services culturally is an issue Myrtle Beach faces today with the new influx of younger minority consumers.  Constant infighting between the city and black bikers have cast dispersion on the Myrtle Beach Area Chamber of Commerce and the city of Myrtle Beach itself.  The damage done to the Myrtle Beach brand by these actions will have a lasting affect,  just as the shooting of John F. Kennedy affected Dallas’ reputation for 20 years beyond his death.

Myrtle Beach must make choices now as to how to market to minority tourists.  Numbers of visitors to Myrtle Beach area have remained stuck at 15.2 million tourists for the past 8 years despite $180 million in marketing dollars spent by the Myrtle Beach Area Chamber of Commerce.

Marketing to domestic Latino and Black tourists is our best path towards soon growth.   Thankfully,  The Myrtle Beach Black Chamber of Commerce has now launched and is ready to provide much needed support. 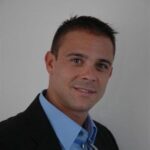 Scott Lemons is a cultural architect and a staff writer for MyrtleBeachSC.com