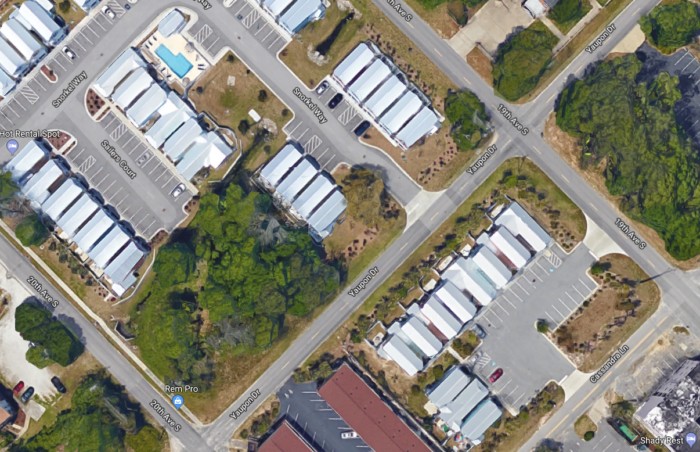 Disappointed residents speak on video above about the Planning Commission vote.

The name change has been requested because of the high crime, prostitution and drugs historically associated with the street.

City Hall was packed, as a standing room only crowd attended.

After the vote, multiple residents voiced dismay about the decision, as can be seen in the video above.   Said city resident Craig Teller, “We’ve worked on this now for a year, to try and get the name of Yaupon Drive changed from 19th Avenue South to 29th Avenue South to better reflect the character of our neighborhood.  The name Yaupon just has a very bad stigma attached to it. It doesn’t reflect the character of our neighborhood.”

“We will be back! We will not quit.  We are not done.” said Myrtle Beach city resident Julie Boothe.

Said city resident Scott Scribner, “We have 100% of the people in the affected area that are in favor of this change.”

Teller is a South Beach Community resident who worked with the team in presenting the below to the city concerning the name change request. 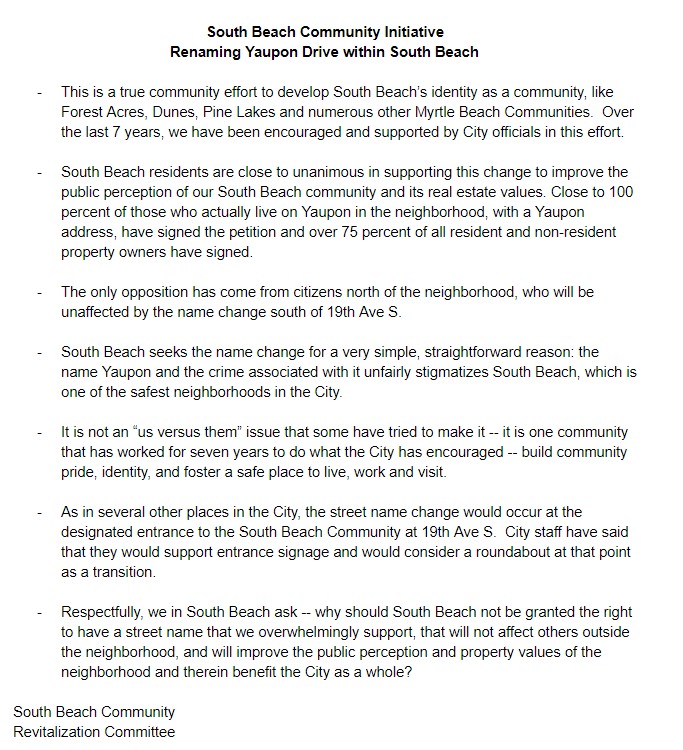