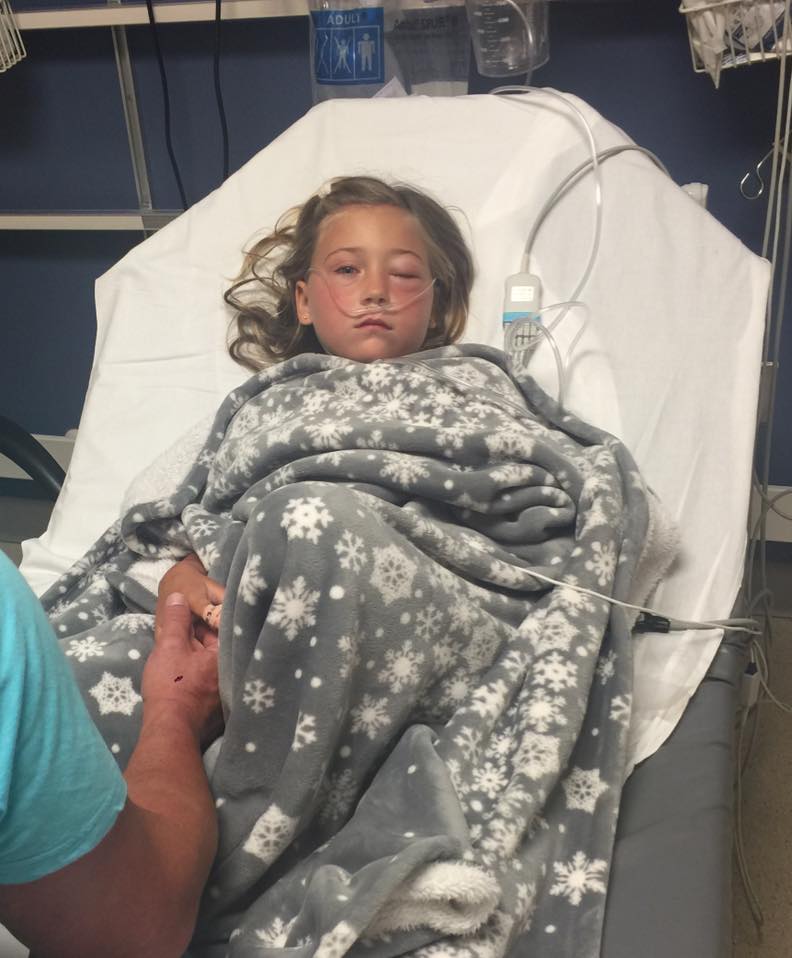 Healthy thirty something  sick after Swimming in Myrtle Beach Ocean.

Today, WCNC Charlotte, an NBC TV affiliate ran its story on David Sigmon, a healthy Charlotte man who became sick after swimming in Myrtle Beach ocean waters on July 6, 2016.  This story comes just days after  MyrtleBeachSC.com reported on a similar story of one sick child who was taken to the hospital with identical issues.  Over the July 4th holidays,  MyrtleBeachSC.com received a total of 9 reports of varying illnesses.

David Sigmon and his family vacation at Myrtle Beach almost every summer.  However, this time David came home with more than a few souvenirs.

“The eyes were blood red,” said Sigmon.  “The inflammation actually came down all the way to my check bones to here.”

They stayed in Myrtle Beach for four days.  It wasn’t until the last day- July 6th, he went completely underwater.

“It started in my right eye then it gradually went into my left eye,” said Sigmon.  “Then by Wednesday when it was time to leave Myrtle Beach it was in both eyes.”

Sigmon says in less than 12 hours from when he got out of [the water] that he went straight to Urgent Care.  The doctor diagnosed him with a bacterial infection from the ocean.

This incident happend less than a week after officials say a little girl swimming in the same water caught a similar infection.

“I do believe it was the ocean water,” said Sigmon.

MyrtleBeachSC.com recently reached out to Brad Dean,  C.E.O. of the Myrtle Beach Area Chamber,   asking his team to consider working with all local municipalities in an effort to provide funds for a series of “Grand Strand-wide” storm water run off treatment and filtration systems.  The Chamber of Commerce was recently given a 10 year funding mechanism by the S.C. General Assembly.  Myrtle Beach locals believe those funds could be best served fixing any current Myrtle Beach ocean bacteria issues.

Said one local resident,  Doug Atkinson,   “Rather than concerning ourselves with swimmers swimming near drainage pipes,  we should focus on never having drainage pipes near where people are swimming.”

Area Chamber of Commerce leaders continue to cast doubts on these reports of swimming infections.

After This Article Went Live, our readers posted the below:

Below are comments this past week from one NMB Chamber official

This story was broadcast throughout the Charlotte, NC area.  Charlotte is Myrtle Beach’s top feeder city.

Child ILL After Swimming In NMB