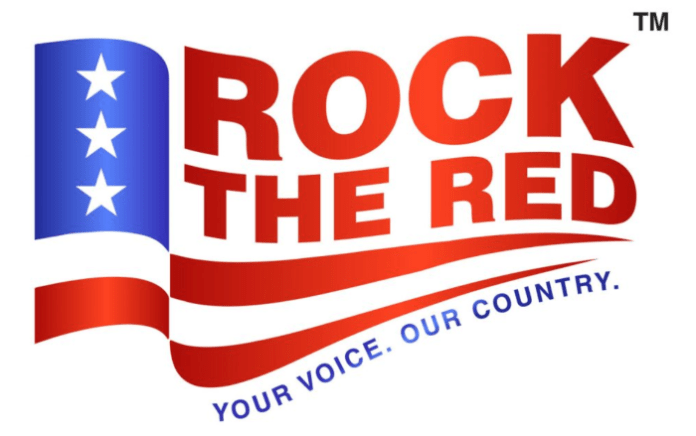 Now that Matthew McDaniel’s name is of public record, old news items about his past and recent past are beginning to surface.

McDaniel has been called an Antifa connected terrorist with Antifa like behaviors by the likes of Chad Caton and Tracy Bean Diaz of the HCGOP. He has also been castigated by a press release from Rock The Red organizer Pressley Stutts.

As of this morning, these news items also surfaced.

Search and rescue teams, helicopters and bloodhounds combed the area for about a week until the Greenville County Sheriff’s Office called off the search April 13.

Although the large-scale effort came to a halt, one man didn’t stop.

Matthew McDaniel, a 37-year-old Seneca resident, kept trekking through the woods with his Beagle-mix, Parker.

They found a belt. And soon after, McDaniel made the breakthrough discovery, spotting Hunter’s body tucked beneath a cluster of Mountain Laurels down in a ravine.

McDaniel said he hopes that finding Hunter, who suffered from dementia, will help the family heal and find closure.

“It’s very surreal, the whole thing,” McDaniel said Friday, speaking to The Greenville News roughly 18 hours after finding Hunter’s body. “To be honest, it’s a miracle I found him where I found him. I believe if I hadn’t found him, no one would find him ever.”

THIS FOLLOWED BY ANOTHER NEWS LEAK

Zach Prelutsky of Fox Carolina published this article on Jan 22, 2021:

CLEMSON, SC (FOX Carolina) – This week, the Sumter County Sheriff’s Office announced they have identified a couple that was killed nearly 45 years ago.

Pamela Mae Buckley and James Paul Freund were identified as the couple killed in the summer of 1976 in Lynchburg, SC.

In addition to the work of the sheriff’s office, it was an Upstate man who helped heat up the cold case.

Matthew McDaniel of Clemson has been looking at the case out of Sumter County for the past eight years.

It was McDaniel’s suggestion to authorities to partner with the DNA Doe Project, which uses genetic genealogy to identify John and Jane Does, that helped name James and Pamela after more than 40 years.

McDaniel has spent his free time investigating the case he said wouldn’t get out of his head.

“I first came across the case online like a lot of other people did and I think the one thing that really stood out to me was the fact that the couple was never identified after so many years when it seems like they should have been able to be identified. This case is unprecedented that two people are murdered and never identified this many years later,” he explained.

McDaniel has no connection to either of the victims, he doesn’t even have any experience in Criminal Justice.

He has a degree in Civil Engineering.

“I just like to take things apart and see how they work and I have an appetite for mysteries,” McDaniel explained.

He has worked with the Sumter County Sheriff’s Office over the last few years, while conducting what he calls his own investigation.

On Thursday, the Sumter County Sheriff’s Office announced a break in the case.

OFFICIAL PRESS RELEASE ON McDANIEL FROM ROCK THE RED ORGANIZERS

Statement from Rock The Red Organizers:

“Official statement from ROCK THE RED Event organizer, Pressley Stutts: After a resoundingly successful weekend where hundreds of mainstream Constitutional Patriots had gathered for a weekend of education and motivation at the ROCK THE RED (www.rocktheredusa.com) Convention, an ANTIFA style attack took place after General Michael Flynn’s keynote speech Saturday night. An individual who had infiltrated the event commandeered a microphone and began shouting out obscenities and reading from a prepared manifesto speech. It was a deliberate premeditated action.

The man, who had what appeared to be a martial arts weapon in his possession (SEE OFFICIAL POLICE REPORT) , was quickly subdued by attendees and was eventually taken to the floor after he repeatedly tried to slither his way out of their grasp. The individual was turned over to security and arrested by authorities and taken to jail. A “hit-piece” news article by a “journalist” who has long harassed one of the event speakers, Mr. Chad Caton, appeared Sunday morning and blamed Mr. Caton for “body slamming” the crazed agitator. The facts are that Mr. Caton was within feet of the infiltrator and saw two others struggling to subdue him. He came to their aid and subdued the individual to eliminate any potential current or future threat he posed by taking him to the ground. It is a standard law enforcement tactic used to neutralize a threat. After viewing video footage and talking to Mr. Caton, in addition to eye witnesses of whom many have come forth to thank Mr. Caton for his quick risk assessment action, we have come to the conclusion that Mr. Caton’s split second action diffused a potentially volatile (and perhaps deadly) situation.

If the individual had a gun, the situation could have turned deadly. We consider Mr. Caton’s actions to be heroic indeed! While conservative citizens across the country, including General Flynn, are under constant daily threats and attacks, this incident reminds us that we must remain vigilant in the face of hatred and anger.”

STATEMENT FROM THE HORRY COUNTY GOP

Fellow Republicans, Many of you may be aware of a misleading news report from this morning about an unfortunate event that occurred yesterday at the “Rock the Red” conference in Greenville, SC.

Due to many messages we have received, social media posts that have been brought to our attention, and the fact that our Chair and Executive Committeewoman were first person witnesses to the event, we have decided to make an official statement.

At the end of an otherwise amazing weekend, after the keynote speaker, General Michael T. Flynn had spoken, an infiltrator came to the front and grabbed a microphone and began to make a speech. He started off asking for a toast for General Flynn, and immediately began calling him a traitor to the country. Two gentlemen attempted to grab the microphone from the man as soon as they realized it was a disturbance and not a guest of the conference, and noticing a threat, Mr. Chad Caton, an Horry County EC, utilized his military training to defuse the situation by subduing the perpetrator.

He brought the man to hotel security, while ensuring that none of the other guests, who at this point were very angry, harmed the man. The perpetrator was in possession of a weapon (SEE OFFICIAL POLICE REPORT), and police did escort him from the hotel property in a police car.

Additionally, witnesses heard the man self identify as Antifa (SEE OFFICIAL POLICE REPORT). On the perpetrator’s person, was a printed statement that included a threat stating the man had the intention of performing a “citizens arrest” on General Michael Flynn.

This morning, we learned that there was more to this story, and that hotel security had identified another individual waiting near the kitchen exit door where high profile guests would typically exit a venue for security reasons. The event planners are attempting to obtain security footage to further analyze and take steps if necessary. (SEE OFFICIAL POLICE REPORT)

We are thankful that Mr. Caton was in the right place at the right time and was able to help defuse what could have been a very dangerous situation. He maintained control until security could take over. It was a blessing he was there, and any reporting to the contrary is a horrible representation of how Fake News is spread. Some individuals have come forward to state that Mr. Caton’s involvement was an “embarrassment” to the Horry County GOP. To the contrary, both Roger Slagle and Tracy Diaz, who were attendees of the event, think that the actions Chad took were nothing short of heroic, regardless of how you may feel about him personally. We have seen many calls for unity over the past few months, and we have every intention of moving forward in that spirit. We would like to state that the rhetoric and attacks on social media do absolutely nothing to encourage unity, and instead are a fine example of how, in fact, to stoke and fan the flames of division.

We’d like everyone to think before they post, as each of you are representatives of the Horry County GOP, and carefully decide how your own actions may be accomplishing the opposite of what we all claim to desire. We are glad that one of our own stepped up in the face of a threat to defend a distinguished American hero in General Michael T. Flynn. We will continue to support those who act in a selfless manner as we work to take back our country from the very people who disrupted the event yesterday.