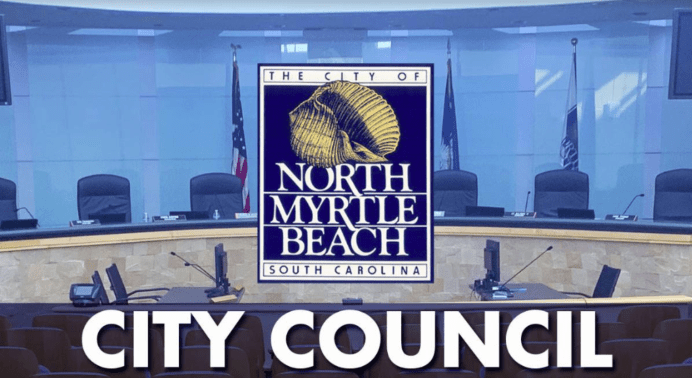 Several years ago, Derek Calhoun and family had an excellent idea. Families bring their own beach umbrellas and chairs on vacation, but hate lugging them to and from the beach.

The problem: Tourists were choosing this small business over the City of North Myrtle Beach’s own beach rental services.

Today, Cherry Grove Beach Rentals decided to sue the city on the grounds that the town is operating an illegal monopoly.

The lawsuit claims the City of North Myrtle Beach cannot show and establish that it is engaging exclusively in the gear of beach chairs and umbrellas, and sale of concessions, pursuant to a clearly expressed state policy, as the South Carolina legislature has never clearly articulated and affirmatively expressed state policy to displace competition. See Town of Hallie vs. City of Eau Claire, 471 U.S. 34, 85 L.Ed.2d 24 (185).

The Sherman Act imposes criminal penalties of up to $100 million for a corporation and $1 million for an individual, along with up to 10 years in prison for non government operations. However, the fines and penalties are capped for municipalities when they engage in such illicit behavior.

Cherry Grove Beach Rentals is suing the city for an award of the costs of this suit including reasonable attorney’s fee.

According to the suit: On one such occasion, a uniformed North Myrtle Beach Police Officer visited Plaintiff D. Calhoun on a beach location and expressly told him that Chris Noury, City Attorney for North Myrtle Beach, informed the officer that his number one priority was to get rid of Plaintiff Cherry Grove Beach Rentals.

On another such occasion, on or about July 06, 2022, a uniformed North Myrtle Beach Police Officer visited Plaintiff J. Calhoun. The officer informed Calhoun he was instructed to ticket them every day, but not to make any arrest.

Between Plaintiffs D. Calhoun and J. Calhoun, they have now been issued summons and criminal citations on not less than eight (8) occasions.

In 15 US Code §2, the Sherman Anti-Trust Act expressly provides “It shall be unlawful for any person engaged in commerce, in the course of such commerce, to lease or make a sale or contract for sale of goods, wares, merchandise, machinery, supplies, or other commodities, whether patented or unpatented, for use, consumption, or resale within the United States or any Territory thereof or the District of Columbia or any insular possession or other place under the jurisdiction of the
United States, or fix a price charged therefor, or discount from, or rebate upon, such price, on the condition, agreement, or understanding that the lessee or purchaser thereof shall not use or deal in the goods, wares, merchandise, machinery, supplies, or other commodities of a competitor or competitors of the lessor or seller, where the effect of such lease, sale, or contract for sale or such condition, agreement, or understanding may be to substantially lessen competition or tend to create a monopoly in any line of commerce.”

While there are governmental exceptions to the application of the Sherman Act/Clayton Act to the governmental operations of a municipality, which are coined “state action”, Plaintiffs are informed and believe that the City of North Myrtle Beach, and its Council and officials, are not entitled to rely upon the “state action” immunities that
are sometimes afforded to a sovereign under the doctrine of “state action” immunity first set forth in Parker v. Brown 317 U.S. 341, 63 S. Ct. 307.

The City of North Myrtle Beach cannot show and establish that it is engaging exclusively in the gear of beach chairs and umbrellas, and sale of concessions, pursuant to a clearly expressed state policy, as the South Carolina legislature has never clearly articulated and affirmatively expressed state policy to displace competition. See Town of Hallie vs. City of Eau Claire, 471 U.S. 34, 85 L.Ed.2d 24 (185).

Plaintiffs are entitled, pursuant to 15 US Code §15 to sue for and have declaratory relief upon a finding that Defendant City has violated the provisions of the Sherman Anti-Trust Act.

Plaintiffs are entitled, pursuant to 15 US Code §26 to sue for and have injunctive relief restraining violations of the Sherman Anti-Trust Act and Clayton Act and for an award of the costs of this suit including a reasonable attorney’s fee.

Plaintiffs are informed and believe that City, by and through its Council and officials, have unlawfully sought to impose an unlawful monopoly on the Gear of beach chairs, beach umbrellas and related beach wares on the entirety of the beaches that are located within the jurisdictional limits of the City of North Myrtle Beach.

The United States Congress enacted the Sherman Anti-Trust Act, as the  first Federal act that outlawed monopolistic business practices. The Act was modified by the Clayton Act. The Act is codified at 15 US Code § 1 et. seq. and provides expressly in 15 US Code §2 that “Every person who shall monopolize, or attempt to monopolize, or combine or conspire with any other person or persons, to monopolize any part of the trade or commerce among the several States, or with foreign nations, shall be deemed guilty of a felony, and, on conviction thereof, shall be punished by fine not exceeding $100,000,000 if a corporation, or, if any other person, $1,000,000, or by imprisonment not exceeding 10 years, or by both said punishments, in the discretion of the court.”

The issuance of a criminal citation for violation of a city ordinance is a non-custodial arrest that creates a public record of alleged criminal conduct and impunes the reputation of the arrestee. Repeated criminal citations, if convicted of, are a factor that North Myrtle Beach City Council could relay upon to revoke Cherry Grove Beach Rental’s business license.

Heretofore, in or about June of 2022, City’s Council has enacted an amendment to City Ordinance 5-24, wherein it specifically sought to outlaw the operations of Plaintiffs’ business practices. In so doing, Defendant City did not seek to impose any amortized period during which Plaintiffs could recoup their investment or derive a reasonable return upon their investments.

The specific amendments to the City’s Ordinance 5-24 have not yet been codified. Notwithstanding Defendant City and its officers and agents have sought to enforce the provisions of the amended ordinance by bringing criminal charges against Plaintiffs D. Calhoun and J. Calhoun.