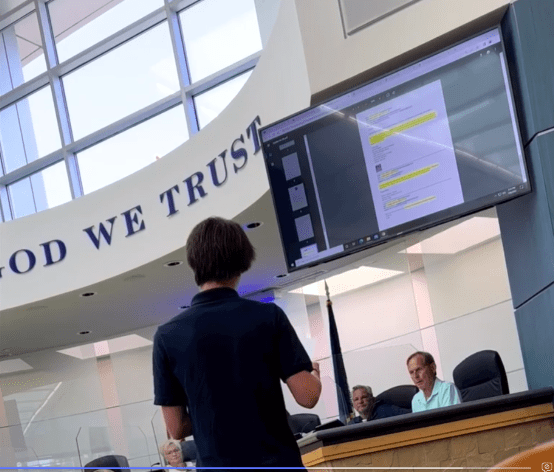 Several years ago, Derek Calhoun and family had an excellent idea. Families bring their own beach umbrellas and chairs on vacation, but hate lugging them to and from the beach.

The company has a business license with the City of North Myrtle Beach that it has held for the past 3 years. It has never had any issues with the city until this past week.

The problem: Tourists were choosing this small business over the City of North Myrtle Beach’s own beach rental services.

Under the updated guidelines, businesses other than the city’s rental service can’t leave unattended items like beach chairs and umbrellas on the beach between the hours of 7 p.m. and 8 a.m. each day.

“We have never told you that you can’t have your business,” she said. “We love our businesses in North Myrtle Beach. We fight for you guys and try to make the best decisions that we can possibly make for the city as a whole.”

The city says the rule is in place due to those items and debris getting in the way of workers cleaning the beaches each day.

Calhoun says his business has been fined this week for doing the very work Cherry Grove Beach Gear has done for the past 3 years with no fines.

“We had been operating for months at that point, beach patrol has driven by and never stopped us,” said Calhoun. “That was Officer Reed that day, that came out and said we couldn’t set up. I, as a citizen, chose not to speak.”

By the conclusion of the meeting, the council voted unanimously to approve the first reading of the amended ordinance.

A second reading is expected at the next City Council meeting which will, in effect, shut down Cherry Grove Beach Gear.