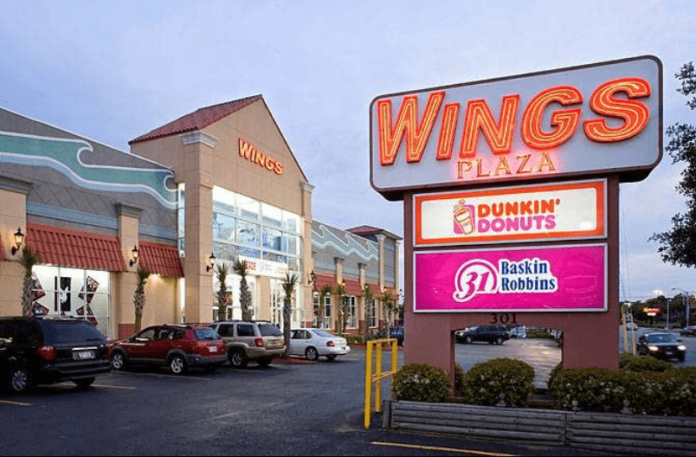 Myrtle Beach Business owner Tuvia Wilkes sent out a group text today to many in the business community concerning the group ONE GRAND STRAND.

The new CEO,  Michael Clayton of the  new,  but old trick,  ( OGS )  “has said” , and I am quoting him from the latest MY Horry News article…  “ There are decades of unfulfilled plans” unquote …

I want to know who the 4 staff members are ??? And how much will their salaries be???????? As well as their qualifications and proven or unproven historical background…
Also, I would like to know how many new board members will actually be old board members from the failed DRC or from the already Antiquated Board and committee members already serving at some capacity …      Mr. Clayton has himself opined as the city having decades of failure…   Also very important to the choices on the board,  what will the criteria be for those seats?  Inherited wealth and or namesake …???  No skin in the game person… ???! Spouse or relatives of ex council or committee members …???      In other words, SAME OLE SAME OLE…???       Or will you look for knowledgeable self-made entrepreneurs , that understand business….  ??   I Bet not….     But hope springs eternal…      I HOPE…!!!
And, as a side note for Mr. Clayton, I love Myrtle Beach, came here with 27 dollars and made my fortune. I raised 4 children, 2 of which have law degrees and 2 with medical degrees.  I don’t drink, nor smoke. I don’t lie nor steal, and you can’t find a better husband of 40 years…   But , I do tell the truth and I am a fairly intelligent man, and I do base my decisions on FACTS…    So I will never be allowed on any board here… they simply don’t like the truth. They love sweet lies…    The city always says it’s going to be different this time…     But how can it , with the same people doing and saying the same thing…

One Grand Strand is a new private group working alongside the City of Myrtle Beach in an effort to help the overall brand image of the downtown area.

While Wilkes is one of the largest property owners in the city, he has never once been asked in 30 years to be on any key boards associated with the town.

Several business owners echoed his concerns that all boards in the city are largely made up of the same 15 or so chosen families.

We reached out to Michael Clayton of One Grand Strand about Mr. Wilkes’ concerns.

Said Clayton, “The PMO staff will be nationally recruited and qualified.  Our planners are working on job specifications and projected salaries, which will be published when/as we recruit them.  We are also working on projected budgets for the next five years (“sources and uses” tables) and plan to be transparent in costs and revenue sources.  The board will be chosen by OGS in a collaborative manner as outlined in the presentation, aiming to model off what has succeeded in other places in generating revitalized economic activity and activating plans.  The PMO is not modeled after the prior DRC and we have no plans to place persons on the board other than those who can facilitate economic investment and revitalize downtown.  Having just received approval for the Framework Development Agreement and to form the PMO, we are working through specific plans and budgets to move forward, and will keep the public apprised of steps and timelines. —“

ONGOING ISSUES EXTEND BEYOND THE CITY

We spoke with leaders in the two adjacent cities along the coast. Myrtle Beach’s brand issues are a private concern for them as well.

The North Myrtle Beach Chamber is choosing to promote itself as DESTINATION NMB, moving away from the Myrtle Beach brand name.

WMBFNews covered this story in late November. President and CEO of Destination NMB, Cheryl Kilday, said the new name and logo is a good way to distinguish themselves from the Myrtle Beach Area Chamber of Commerce, while still keeping an amicable partnership with them.

Leaders in Surfside Beach stated they were also concerned about the stigma the Myrtle Beach brand name now carries.

The real issue for our news team is that no one will speak publicly on the record.

A leading business leader in North Myrtle Beach stated that, as the Brittains go, so goes Myrtle Beach. “We have fought to limit their influence in our town,” he said.

CAN’T LET GO OF THE PAST

Real Estate deals that include the purchase of the Litchfield properties (decades ago), issues around the Myrtle Beach Area Chamber TDF, and the Chinese sale of their own Myrtle Beach National holdings (a few years past) were mentioned. Those past business transactions raise red flags for concerns along the coast about the nature of how the Brittains do business in general. The Brittain brand and the Myrtle Beach brand are considered one and the same, we were told.

Clay Brittain III is the Board Chairman of One Grand Strand.

Fair or not, with the city’s announcement today, of the inclusion of Jonathan Fox Simons, Jr.  as a key finalist for the City Manager’s position, many believe the city’s efforts are simply new paint on the same old barn.

The Council meeting will be held at 2 p.m. at the Council Chamber, Ted C. Collins Law Enforcement Center in Myrtle Beach on December 17.

The purpose of this special meeting is to select a candidate for the purpose of entering into negotiations regarding the terms of an employment agreement as City Manager and subsequent prospective appointment.

Many believe Simons already has been chosen.