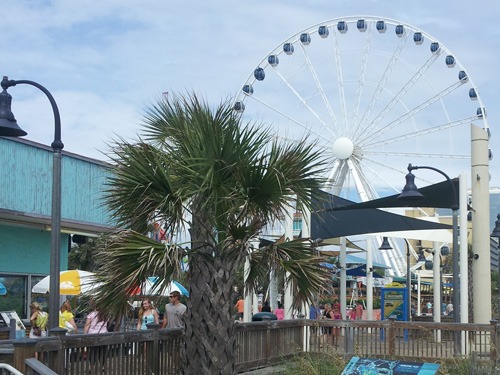 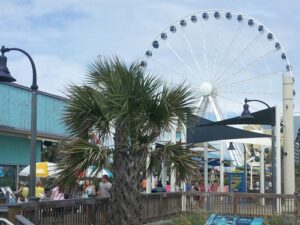 Home owners in that area could simply choose to leave their car parked permanently in a beach access spot.

Students of JJ Iagulli’s Carolina Forest High School class have now been given an update on a free parking ban delayed in response to their online petition.  This past Tuesday, Myrtle Beach city council said it expected the parking ban delayed by one month minimum.  Council does not plan on enforcing the paid parking requirements for the areas between 38th Avenue North and 82nd Avenue North for now.

The parking fees which were to cost $4 per hour and $20 per day are now being reconsidered.   Councilmen have expressed a desire to lower the fees.  The newly considered parking plan would limit parking on ocean boulevard between 38th North and 82nd North to the east side only. This plan will allow only 57 spaces along ocean boulevard to city residents with parking decals. The street-end beach accesses would offer 198 spots at a now cost of $2 an hour or $20 a day for non-city residents.   City residents could park free in those spaces with a city resident decal on their car.

This arrangement will be very expensive for Sheraton Broadway timeshare owners and all guests who stay in the Myrtlewood Villas,  managed by Brittain Resort Hotels.  The average tourist stay at any resort off the ocean will now cost as much as $140 extra per week stay. That is,  providing parking is not completely taken by city residents who live in the area.  Home owners in that area could simply choose to leave their car parked permanently in a beach access spot.    This possibility has many non city residents very concerned about getting beach access at all.

After the initial city council vote,  students at CFHS put up an online petition which now has over 3,500 signatures.

“I’ve had a lot of emails,” said Councilwoman Mary Jeffcoat. But “there is nobody from the city of Myrtle Beach who has emailed me on this matter since the vote.”  While technically Councilwoman Jeffcoat’s remarks may be accurate,  she was on the list of those to receive emails from the petition.  MyrtleBeachSC.com studied signatures on that list.  Petitioners included city residents from Market Common, Ramsey Acres, Grande Dunes, and even the Golden Mile section of Myrtle Beach.  In fact,  even Mayor John Rhodes’ ex-wife signed the petition herself.   All wanted the fees terminated.  While having the parking ban delayed does give those students beach access for now,  the petition online continues to gather support.  As to Mayor John Rhodes, he was quoted as saying that if the parking has to be paid, fees should match the rates of other city spaces.

The Resident’s Rights Group,  formed by local city residents,  worked effectively to stop an extension of a local option tax that expires in 2019.  The local 1% ad tax bill extension will now require a coming voter referendum if that tax is to continue.  The tax collected city wide sends 80% of the funds collected to the Myrtle Beach Area Chamber.   Resident’s Rights members have told MyrtleBeachSC.com they believe this local option tax  encourages political corruption as the Myrtle Beach Area Chamber gives generously in the millions to TV stations that include WPDE, WMBFnews, and WBTW.

Horry County residents believe such payments make it hard to get a fair hearing with the media when those residents have issues with the city.  Several challengers to local incumbent politicians have expressed those same concerns.

How Corruption In Myrtle Beach Continues