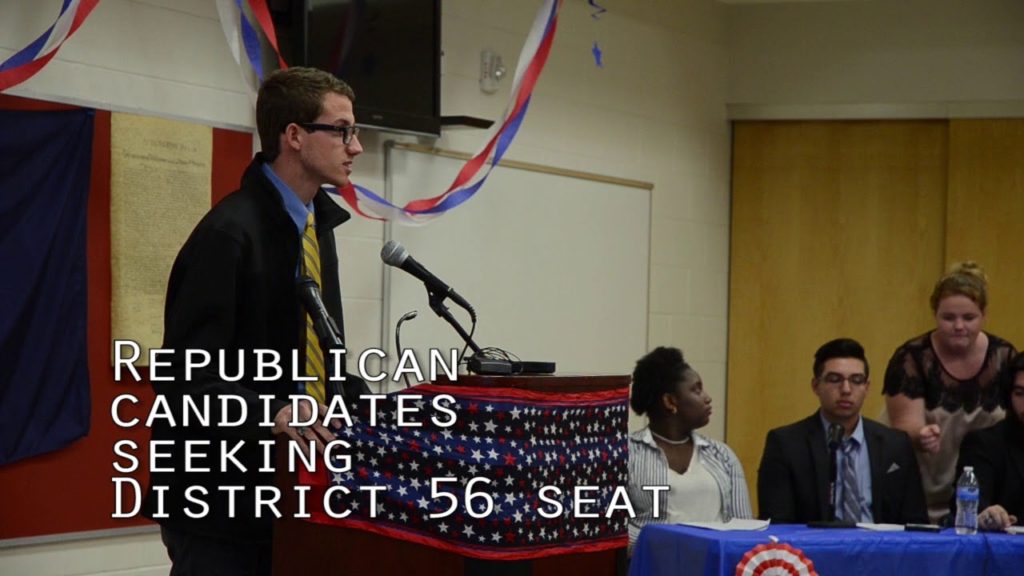 ENTIRE DEBATE HELD EARLIER THIS PAST WEEK IN CAROLINA FOREST.  ELECTION IS THIS TUESDAY

After carefully listening to the debates held earlier this week and weighing each candidate,  the Steering Committe of the Facebook page Make Myrtle Beaches Free, Clean and Safe has officially endorsed District 56 candidate Dwyer Scott.

Candidate Tim McGinnis’ campaign is currently mired in the ongoing controversies surrounding his statements that he has no knowledge of the TV ads and direct mail post cards being sent out by a Myrtle Beach Area Chamber of Commerce associated PAC.

The PAC, called the Citizens for Conservative Values, has come under questions for the way in which their political ads were purchased.  The matter has been turned over to the FBI and Federal Elections Commission.  A leading Carolina Forest former attorney who worked on the Mitch McConnell campaign has questioned if the actions by the PAC are legal.

The McGinnis campaign ran into even more controversy on Saturday, October 21st when the campaign posted the following: 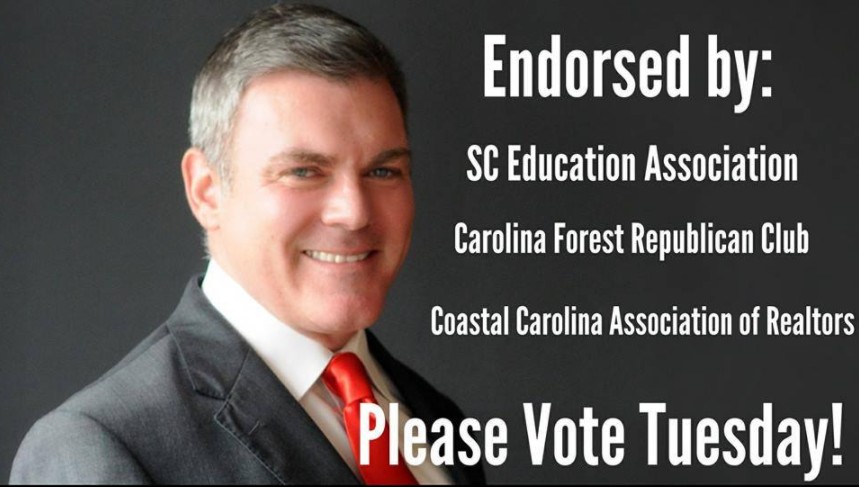 A local resident reached out to MyrtleBeachSC.com and informed us that the Carolina Forest Republican Club disbanded in 2015.

MyrtleBeachSC.com verified the group did disband in 2015.  We are currently investigating whether a new group with the same name has been formed.