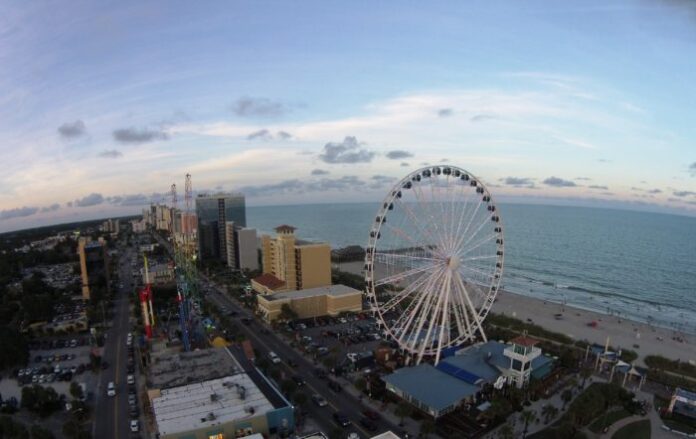 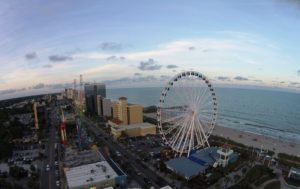 What started out as an Horry County students’ online petition,  has now developed into a “Residents Unite Against City” movement opposed to current Myrtle Beach city council members, insider politicians, and their corporate donors.

Myrtle Beach city council voted on Tuesday to ban all remaining free parking in Myrtle Beach downtown near the ocean.   Students who have used those beach access points quickly went online at Change.org and posted a Ban on Free Parking Petition.   Over 3,000 have signed the petition in just a few days.

Residents, who signed that petition,  then went online forming a new Resident’s Rights Group.  Students started the petition,  but we found most of those signing to be over the age of 40.  Many of those petitioners live in the Golden Mile, Market Common, Grande Dunes, and Ramsey Acres sections of Myrtle Beach.  County-wide,  Carolina Forest, Saint James, Socastee, Conway, Murrells Inlet, Little River, Aynor, and Loris residents are up in arms and commenting as well.  All local residents are united in what is a clear protest against City Council, local government and shady insider deals brokered by the Myrtle Beach Area Chamber of Commerce.

One member of the Resident’s Right Group reported to us a conversation she had this week with one city council member. The new beach access parking fee payment method which require tourists and locals to call in from a cell phone to pay those fees as they park is problematic. “I know that with at least 3 carriers, ATT Sprint and TMOBILE – between 38th and 52nd most of those have one bar to no bars in the parking areas! So – they are implementing something that won’t even work for most people since it’s a “call, pay, park” plan. I asked the person at the council that question and he said “No, that was not something that was looked in to”. I think that’s kind of a big deal and am wondering how they plan to address that problem? He suggested that I could “Call before I got there” – but since I wouldn’t know if there were any spaces available… So in essence – I could call, pay and then not be able to actually park!”

Here are just a few of the “residents unite against city council” comments we found at the online petition:

HOW WE GOT HERE?:

What caused this Horry County-wide “residents unite against city” movement truly began in 2007.  During that time, a group of two hotel owners met privately with the C.E.O. of the area’s largest downtown land developer with a plan to control all of local media,  the state house, city council and county council.   The scheme required a 1% local option sales tax initiative be passed by the State of S.C.  Those two groups soon merged their golf operations by forming a shell company.  Myrtle Beach mayor, John Rhodes, and Chamber of Commerce C.E.O. Brad Dean then traveled to China to broker a deal to unload those golf courses.   Insiders tell us the plan was to develop the entire downtown area with Chinese investment money with a few key players running that district.  Through that leverage the group hoped to control the city, the county, and the state.

A group of insiders that continue to fund politicians behind this scheme include: 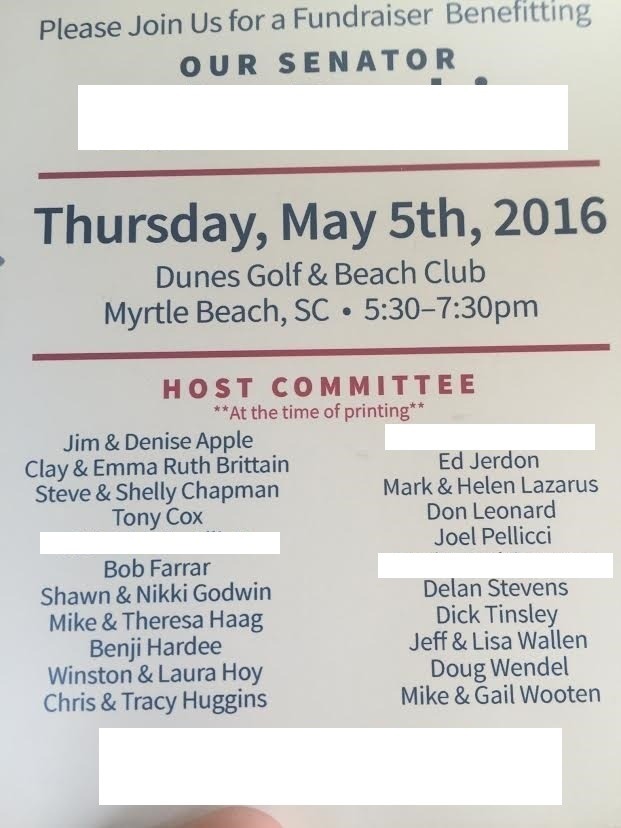 The Chinese investment deal was shady from the start, however.  As Alan Blondin, of the local Sun News,  reported just last night,  the Chinese have been telling one story in America and another back home in China.  The Sun News just exposed the makings of a Chinese Ponzi Scheme  from those Myrtle Beach investments.  The Chinese who purchased $100 million in Myrtle Beach assets are now informing their Chinese investors (in China) that they may sell all of those investments (including oceanfront land in the Dunes Club where a high rise hotel is planned and 22 golf courses) so as to pay back investors who feel wronged by Yiqian Funding.   Yiqian is the peer to peer lender pursued by Mayor Rhodes, Brad Dean, the Brittain Family, Burroughs and Chapin (among a few others) to put this deal together.  Yiqian Funding is currently being investigated by the Peoples Republic Of China, with some of its assets now frozen.

Meanwhile,  local congressman Alan Clemmons is attempting to get the 1% local option tax renewed quickly in congress before all of this tangled web becomes unraveled.  Bill S1122 is in the S.C. House Ways and Means committee and is scheduled to be voted on Thursday.   The group has been able to work under a cloak of darkness as the three local TV media outlets are all in on the take of this 1% deal in the millions each.  There has been no local media coverage of the vote,  which has already passed the S.C. Senate with 100% approval.

The Resident’s Rights Group is requesting that 80 percent of those  1% tax funds now go to local residents and not the Myrtle Beach Area Chamber.  They believe this will end the political corruption that currently haunts Horry County.  The group is just now getting organized in an effort to block the current legislation from being extended.  They inform us the bill,  called S1122, will get approved if residents do not call in.   Passing the bill gives even greater control to Myrtle Beach city council through the Myrtle Beach area chamber,  and local residents are concerned they will lose their free parking rights altogether if the bill passes.

EDITOR’S NOTE:  THIS BILL S1122 and H5011 passed on May 18th,  with a required voter referendum.  Myrtle Beach voters will now decide if the Myrtle Beach Area Chamber should continue to be funded at Tax Payer’s Expense.

The Resident’s Rights Group is asking all who will to call these congressmen and tell them to kill the bill S1122.

Resident’s Rights members tell us it only takes about 15 minutes to call the entire group and recommend calling them on their HOME OR BUSINESS contact numbers. 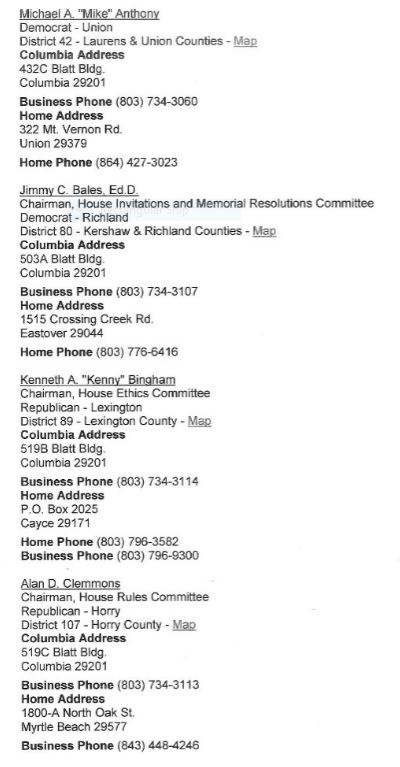 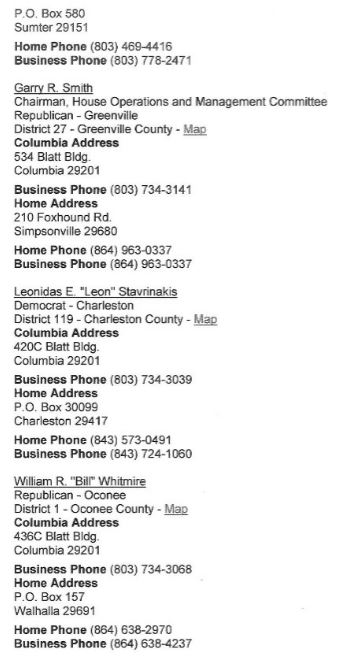