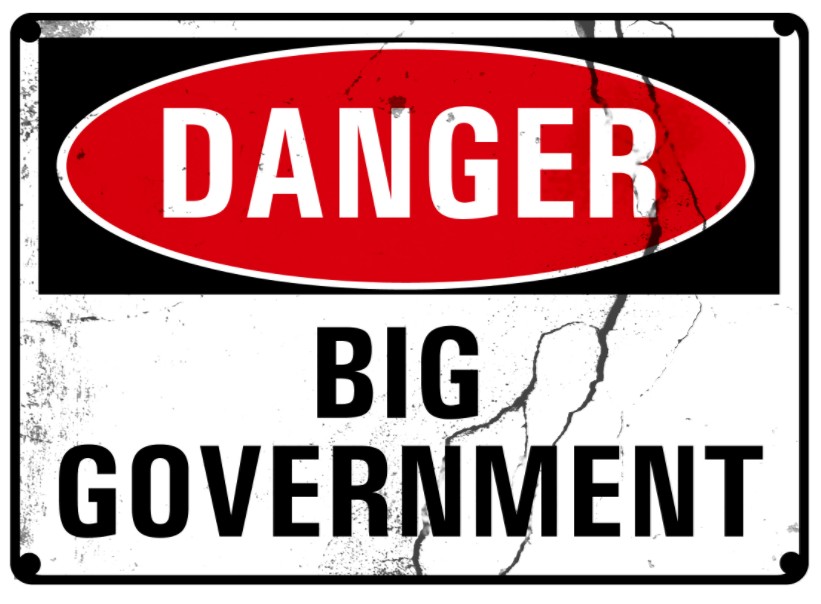 August 24, 2017 will be remembered as a turning point launch date for all things Myrtle Beach political. Most locals agree that these Fall 2017 elections will be among the most important in our city’s history.

Mayor John Rhodes started the day by officially announcing he was running in the Fall elections.  At great expense, from sources to be documented at election filings, Rhodes has hired heavyweight S.C. political consultant Robert Cahaly.  The Daily Beast reports that Cahaly was sent to *jail in November 2010 as he drew the attention of the South Carolina Law Enforcement Division over his use of robocalls.  *The article linked above also states Cahaly beat the charges and never served time. Robocalls are expected to be a vital component in Rhodes’ Fall Mayoral campaign. 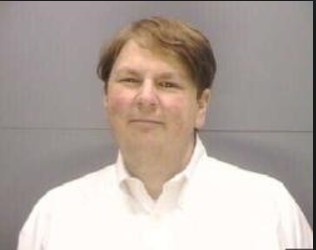 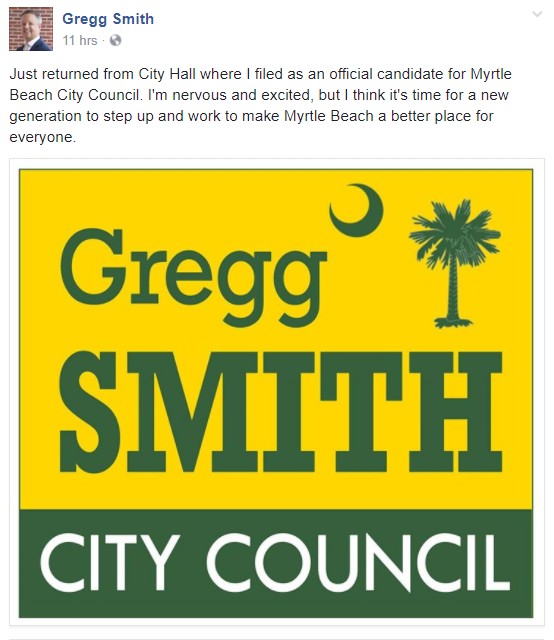 THE BIGGEST NEWS, HOWEVER

The biggest news of the day, however was Mayoral Candidate Brenda Bethune’s launch of her political campaign website, BethuneforMayor.com

The launch of Bethune’s website caused an immediate stir with over 100 local comments on social media in the first few hours of its launch.  Mrs. Bethune announced her plans for downtown redevelopment as follows:

WORK WITH CITY MANAGER TO IDENTIFY BUILDINGS THAT ARE TOXIC ASSETS IN THE DOWNTOWN AREA…..

Reading these words caused alarm among a few downtown merchants. 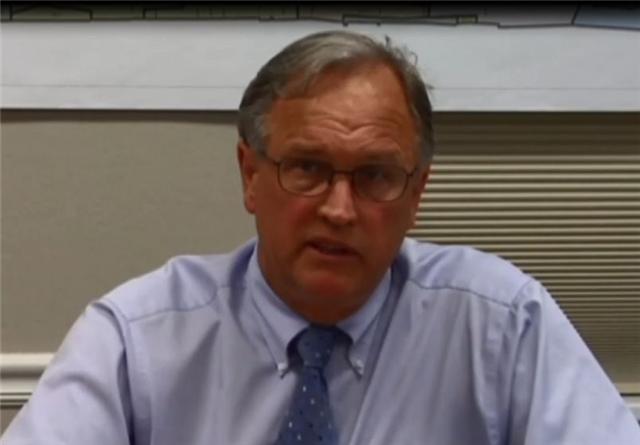 Merchants Give Pedersen Vote Of No Confidence

Many downtown merchants are at odds with City Manager John Pedersen after he successfully worked to shut down and quietly purchase properties in the Superblock through a mysterious third party realtor this past Spring.

A letter of no confidence in John Pedersen was sent to the Mayor and City Council.  Pedersen, however, has the full support of all current incumbents.

While some residents, who live in the Dunes Club and Grand Dunes, supported Mrs. Bethune’s ideas, others expressed that her platform laid out more of the same big government attempts at fixes already being imposed on the city by current elected officials.  Many believe these “Big Government” fixes have not and will not work.

Her vague definition of how the city would decide what a toxic asset might be and her idea that taxpayers should purchase private property, which would put taxpayers on the hook if the land is initially over valued by the city and later can not be re-sold at  reasonable prices, raised concerns.  The city is currently near its debt limit, over $220 million in debt,  which amounts to $8,000 for every woman, man, child and newborn living inside the city.

Her idea that parking fees would defray the costs for purchases, also upset many who want to see an end to downtown parking meters, parking fees, and their association to a group known as the Downtown Redevelopment Corporation.

The Goldwater Institute offers the below.

Eminent domain—the government’s power to seize private property for a public use in exchange for payment that the government considers “just compensation”—was historically used to construct roads, canals, post offices, or military bases. Unfortunately, that power has been expanded to the point that state and local governments today regularly condemn people’s property to transfer it to private companies in the name of “creating jobs” or increasing tax revenues.

That was the justification given by one Arizona city when it decided to seize Bailey’s Brake Service, a family business that had served hundreds of customers in the Phoenix suburb of Mesa since the 1970s. Randy Bailey bought the shop from his father in 1995 intending to carry on the family legacy. But the city had other plans: it wanted to use eminent domain to demolish his shop and give the land—along with a $2 million subsidy—to a private hardware store that wished to relocate to Bailey’s site. Bailey challenged the condemnation in court, arguing that it violated the federal and Arizona constitutions, both of which only allow the use of eminent domain for public uses such as highways, not for private uses like hardware stores. Following the ruling in the federal Kelo case, Mesa officials argued that the increased tax revenue that the hardware store would generate was a “public benefit” that justified the taking, and the trial court agreed. But the Arizona Court of Appeals reversed that decision. It held unanimously that under the state constitution, the “requirement of ‘public use’ is only satisfied when the public benefits and characteristics of the intended use substantially predominate over the private nature of that use.”5 Taking property from one private party to give to another did not fit the bill—even if doing so might result in some general “benefit” to the public. The state Supreme Court did not consider the case.

Although Randy Bailey won his battle and kept his property, a large loophole remained, as property rights were still vulnerable to unsubstantiated “blight” designations. In many states, including Arizona at that time, government can condemn un-blighted property simply because it is located next to an unsafe area or blighted property. Vague legal definitions also meant blight was the eye of the beholder.

Ed Carey, a conservative challenger, who is also running for Myrtle Beach Mayor offered the following,  “Government should never be the developer in place of a private developer!  The peoples’ government should be the protector of private property rights with fair, reasonable and transparent zoning and development processes.  This is what is needed to allow free market economics to succeed.  Furthermore, the city should not create metered parking lots with dollars already collected from, and paid by taxpayers.”

Downtown property owner Mike Hobeika is currently running for Myrtle Beach City Council.  His own remarks can be heard here: 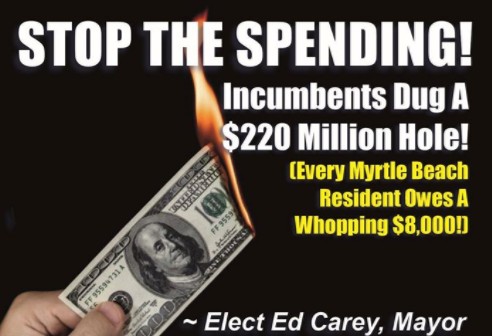 MyrtleBeachSC.com also reached out to incumbent Mayor John Rhodes, who has consistently supported barricades, the city’s (putting taxpayers on the hook) purchasing of private property, eminent domain, and fierce coding for his comments on Mrs. Bethune’s platform.  Mr. Rhodes declined to respond.

Former Mayor Mark McBride, informed us he was working and not available for comment before our publish this morning.  We will publish his remarks should he choose to respond.

EDITOR’S NOTE:  *This article was amended on August 26th.  The word jail was inserted.  Our original article used the word prison.  According to webster’s dictionary,  the synonyms for prison include: