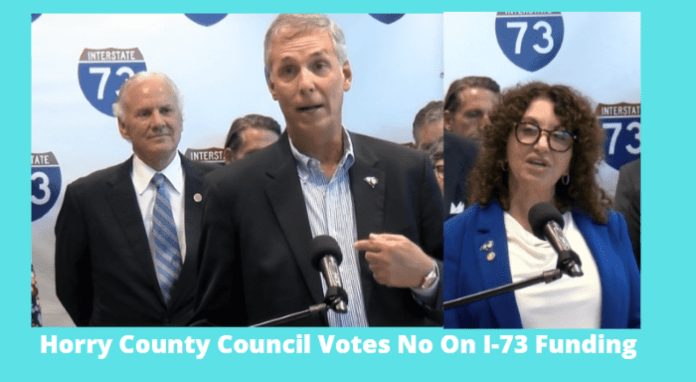 Routine Health Checks to Keep Your Little Ones in Good Shape

Their efforts were in vain.

Horry County Council voted against funding I-73 tonight by a measure of 6 to 5.

For 30 years, the Myrtle Beach Area Chamber of Commerce and their City of Myrtle Beach insiders have had their way politically in Horry County.

Realizing a no vote was immanent, Councilman Johnny Vaught attempted to have the measure tabled.

The I-73 local funding initiative of $350 million is now dead.

Key state legislators have informed MyrtleBeachSC News that no state funds are coming.

What this means as to the future of the Myrtle Beach Area Chamber of Commerce’s political influence will largely hinge on whether the organization can get Brenda Bethune reelected Myrtle Beach Mayor this November 2nd.

Locals will get a front row seat as to whether the Myrtle Beach Area Chamber (MBACC) can get their favored candidate Tom Rice elected in the primary next June.

Time will tell, but tonight was a first time loss for MBACC.