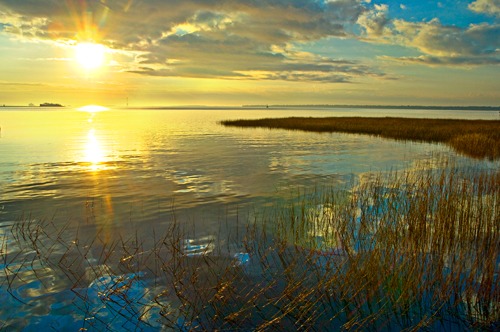 As South Carolina  embraces the removing of the Confederate Flag today,  we pause to examine the state’s history as MyrtleBeachSC.com does believe this is a watermark day leading to our state living out its promise as first dreamed by the eight lord proprietors at its inception.

If anyone is qualified to do such,  our family moved to the South in 1633 and later relocated to Conway, S.C.   We know this history well. 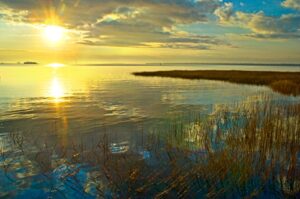 Carolina became a colony of record in 1633 birthed by the financial ambitions of the 8 Lord Proprietors of  English nobility who received a charter from King Charles II to establish the colony of Carolina.  The Province of South Carolina was separated from the Province of North Carolina in 1712. South Carolina’s capital city of Charleston became a major port for traffic on the Atlantic Ocean on par with New York Harbor, Boston Harbor and Norfolk Virginia.  South Carolina developed indigo, rice and cotton as commodity crop exports, making it one of the most prosperous of the thirteen original colonies.

As a short cut for laboring in the hot Southern swamps, land owners made the horrible choice of partnering in the slave trade. A classic example of the colonial molasses trade: Sugar (often in its liquid form, molasses) from the Caribbean was traded to Europe or New England, where it was distilled into rum. The profits from the sale of sugar were used to purchase manufactured goods, which were then shipped to West Africa, where they were bartered for slaves. The slaves were then brought back to the Caribbean or Market Street in Charleston, SC where they were sold to planters. The profits from the sale of the slaves were then used to buy more sugar, which was shipped to Europe, etc. The trip itself took five to twelve weeks.  Most all of America’s slaves were purchased on Market Street downtown Charleston placing a permanent national stain and curse on that area. 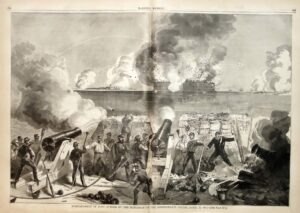 The civil war officially began on April 12, 1861 when Confederate forces bombarded the Union controlled Fort Sumter in Charleston Bay.   Charleston’s Harbor would be blockaded throughout the war which ended in 1865.  The once proud harbor would quickly fall behind its sister port cities, never to reclaim the national status of America’s leading port city again.

The war would leave the state broken and in disrepair.  With her wealth all but gone,  South Carolina remained in a state of disrepair throughout a period called “reconstruction” which supposedly lasted from 1865 through 1890.  In reality,  the curse of South Carolina’s rebellion haunted the state’s wealth until around 1914 when the echoes of the first World War shifted focus from the South.  At that time,  South Carolina strived to make a small recovery, however….

THE GREAT DEPRESSION  (Proud and Broke)

Hard times found South Carolina before she could recover and would last until after World War II.  While the rest of the nation made a quick recovery in the late 1940’s just after the war,  S.C. would not begin true recovery until the early 1960’s.  The Civil War became a badge of honor.  South Carolina’s proud, orphan spirit created a statewide, stronghold identity. Despite small pockets of wealth and great opportunity for such,  our people were truly a broken people.

CIVIL RIGHTS AND SUCH

Still fighting a war long since over, the Civil Rights movement caught South Carolina in the cross hairs,  holding up recovery for decades to come.  A “short cut” Spirit in both commerce and government began to corrode the state allowing for a collusion between business concerns and elected politicians. By late 2014, this lead to corruption on one hand and poor vision and planning on the other.  With the indictment of the state Speaker of the House of S.C. in 2014,  South Carolina had reached her bottoming out point of sabotaging her own potential.

While it has been a very slow and steady march, from the 1970’s forward, South Carolina finally began the shedding of its veneer of overt racism.  The state slowly moved towards an era of self acceptance, being released from guilt and shame, embracing inclusion and opportunity more and more so. 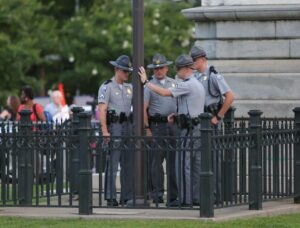 The removal of the Confederate Flag genuinely opens up a window for a Spiritual restoration, for greater wealth and a chance to live out the potential that was always our full promise.

I am proud to be a South Carolinian.  For all of our struggles,  the people are true.  Perhaps, now, we can live out our divine destiny as we also become our best selves.   May God bless this state and her people.

Living In The Tension