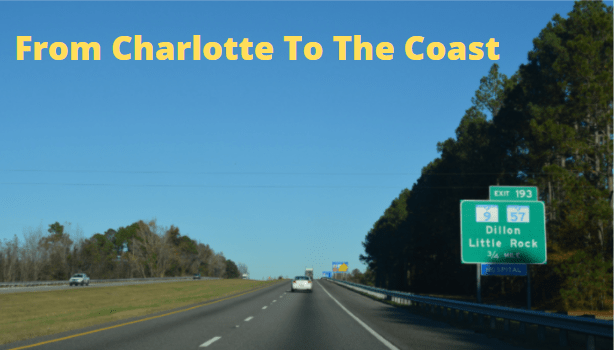 On Friday, Cox and the involved Councils of Governments gave the project forward movement.

Councils of Governments are regional agencies that work outside of local governments to plan for infrastructure or workforce improvements. The Pee Dee COG stretches from Chesterfield County to Marion County. The Waccamaw COG consists of Williamsburg, Georgetown, and Horry Counties. The Catawba COG consists of SC counties that feed into the Charlotte area between Union and Lancaster County.

All COGs have given the project a nod forward.

Cox echoed the sentiments of the room that momentum is taking shape for the proposed widening of SC 9. “I sensed a spirit of cooperation here today and I believe we will be able to move forward with something,” Cox said. Cox added, “It would be good for not just the coast or the upper part of the state. It would be for the whole region, it would be a tremendous asset.”

The Waccamaw COG (Horry County’s own COG) was the least enthusiastic among those involved, but also agreed the project deserved movement forward. The portion of Highway 9 in Horry County is largely widened already, with only a small stretch of road near Nichols, S.C. left to expand.

The complete project will widen Highway 9 from western Horry County, through the Pee Dee region, and inevitably connect it with I-77 in Richburg, S.C.

Charlotte is the Grand Strand’s number one tourist feeder city in America. Widening this road will give Charlotte residents the fastest and most direct access to the beach.

S.C. Legislators signed off as well. “I see it as a benefit not just to the local area, but to the state and the nation,” said Rep. Richard Yow (R- Chesterfield).

“All of this is worthy and will improve our state in so many different ways,” said Chesterfield County state Senator Penry Gustafson (R).

How much will the road cost? “Probably $500 million, I’m just guessing with that extra,” said Rep. Yow. “That’s where we’re at to tie-in Charlotte, North Carolina to the Grand Strand, guesstimate.” If that number becomes a reality, it would be a fraction of the price tag that DOT officials report for the construction of I-73.

Said 7th District SCDOT Commissioner Tony Cox [about I-73 and widening Highway 9], “They don’t have to be mutually exclusive, I think they can complement each other.”