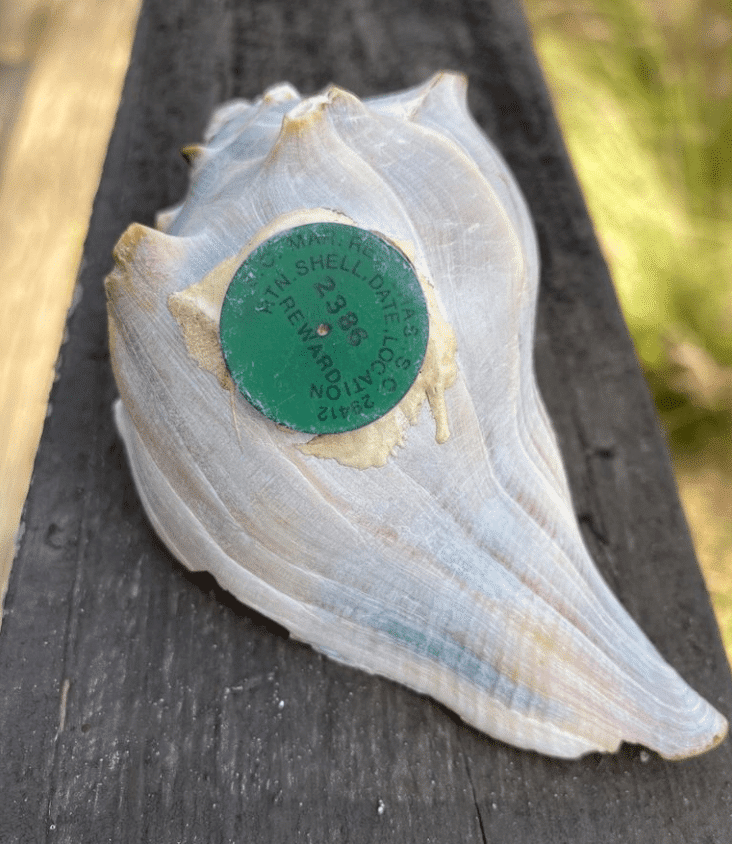 Michael Kapusta of Simpsonsville, S.C. recently spotted this knobbed whelk sea shell on Folly Beach while on vacation. He contacted SCDNR to learn more about the tag. (South Carolina Department of Natural Resources)

A little detective work revealed that the sea shell has been sporting its tag for 38 years almost to the day. It was one of 7,000 adult whelks released by SCDNR biologists in October 1982 as part of a study to learn more about how whelks migrate and how long they live.

The majority of the tagged whelks that were recaptured within two years were caught and reported by shrimpers (74%) and had traveled an average of three miles. 🐚🐚🐚

Whelks can live over a decade, so this shell has been empty for quite some time. What we’d really like to know is what brand of epoxy our biologists used that stood up underwater for almost four decades! 🧐

Whelk shells are often mistakenly called conch shells, but there are many differences in the two sea shell types. For starters, aside from the whelks preferring cold water and conchs preferring tropical waters, whelks are carnivores – and at times, cannibals – whereas conchs are herbivores.